Marine Stabbed To Death In Fight Between Camp Pendleton Students 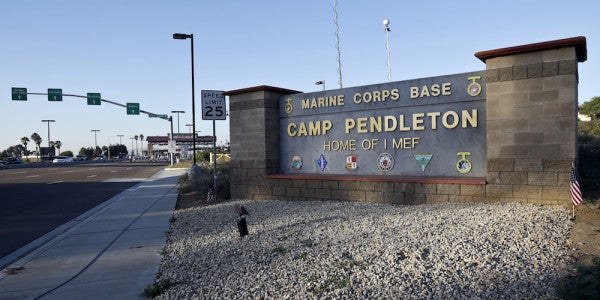 One Marine is in custody and another is dead following a Tuesday morning fight between students at Camp Pendleton’s School of Infantry.

Marine spokesman Capt. Joshua J. Pena said that agents from the Naval Criminal Investigative Service are probing the incident and one Marine is in military custody.

The victim’s next of kin have yet to be notified, Pena said. A full statement identifying the alleged perpetrator and the slain Marine will not be issued until 24 hours after that notification is made.

NCIS officials did not respond to messages seeking comment.

First responders were called to Area 52, the sprawling section of Camp Pendleton where the School of Infantry is housed, around 7:45 a.m. on Tuesday following reports of an injured person.