In addition to frequent and sometimes deadly rocket attacks, U.S. troops at Camp Taji, Iraq, have had to cope with potential burn pit exposure to toxic waste dumped by a contractor, according to the Defense Department's Inspector General 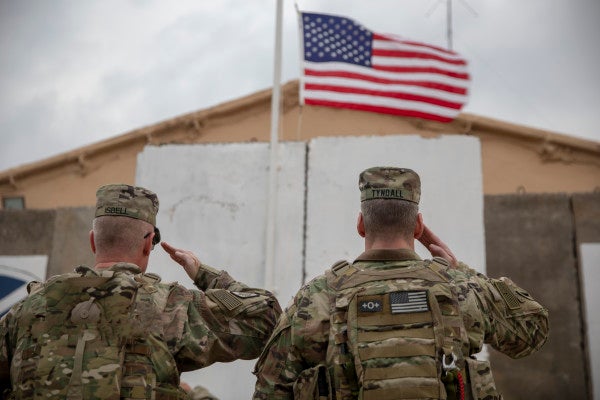 In addition to frequent and sometimes deadly rocket attacks, U.S. troops at Camp Taji, Iraq, have had to cope with potential burn pit exposure to toxic waste dumped by a contractor, according to the Defense Department's Inspector General.

To make matters worse, the contractor was overpaid by $116 million.

In addition, CJTF-OIR and the Army failed to follow U.S. Central Command environmental guidance and allowed the contractor to dump solid waste at a site in Camp Taji, which is shared with the Iraqi security forces. The Iraqis then would burn the waste, the audit said.

“This solid waste disposal method may have contributed to the exposure of U.S. and coalition personnel to potential long‑term health effects from the burn pit smoke,” the IG's report states.

Camp Taji, about 15 miles north of Baghdad, has been the target of periodic attacks by 107mm Katyusha rockets in recent months. Marine Gen. Frank McKenzie, commander of CENTCOM, has blamed the attacks on the Iranian-backed Kata'ib Hezbollah militia.

However, as a result of “poorly defined contract requirements, inadequate pricing structure, and lack of invoice oversight, CJTF-OIR paid for services that it did not use” — to the amount of $116 million, the report states.

In discussing the overpayments, the report said, “CJTF-OIR officials relied on contractor population counts” for the base “and did not know whether they were paying for support for the correct number of personnel.”

In response, CJTF-OIR “stated that its staff members disagreed with our characterization of the solid waste dumping sites as burn pits and that U.S. and coalition personnel were exposed to burn‑pit toxins,” the report said.

The IG's office disagreed with the disagreement. “We disagree that our characterization of the host‑nation burn pit was inaccurate,” the report states.