A Pittsburgh veteran’s monumental effort to memorialize his comrades’ sacrifices is gaining traction in Congress. It’s been five years since... 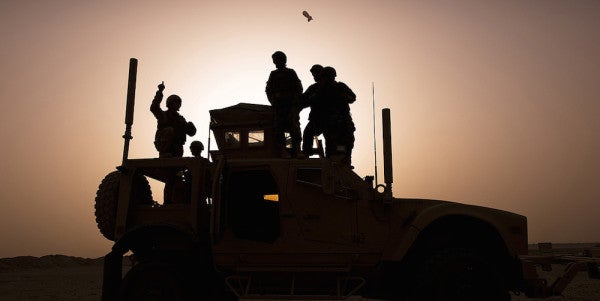 A Pittsburgh veteran’s monumental effort to memorialize his comrades’ sacrifices is gaining traction in Congress.

It’s been five years since Andrew Brennan began his quest to ensure veterans of the Global War on Terror have a memorial in Washington, D.C., like their brethren from World War II, the Korean War and the Vietnam War.

Most of that time has been spent trying to persuade Congress to grant an exception to the 1986 Commemorative Works Acts, which requires a war to be over for 10 years before a memorial can be built.

Both the House and Senate have had hearings on the proposed exemption, support is building, and bill sponsors expect votes in the coming weeks or months.

Without approval, recent veterans may never get their place in Washington alongside the other war memorials. That’s because theirs may be a war without end.

“Their Global War on Terror is unlike any war preceding it. This war has no V Day or VJ Day. Threats continue to rise, and so the longest ongoing conflict in our nation’s history, and after 15 years and over 6,800 American lives lose there’s still no end in sight,” bill sponsor U.S. Rep. Mike Gallagher, R-Wis., said Friday during a hearing of the House Natural Committee on Natural Resources.

But committee chairman David B. McKinley, R-W.Va., said the 10-year rule isn’t arbitrary. It’s there to ensure “that history has the opportunity to begin to reflect on the significance and measure of the conflict being memorialized,” he said.

“My concern is those who have yet to serve. We don’t know what direction the war will take. We don’t have the historical context,” McKinley said. “We don’t know the scope of the war yet. It’s still playing out.”

Supporters of the legislation aren’t sure the war will ever end, or that those fighting it will ever get the memorial they deserve with a waiting period in place.

“Ten years from the end of never … is always never,” Brennan testified Friday. Still, he said he understands the need to ensure “whatever we are memorializing and giving space to on our national front lawn warrants a permanent memorial.”

But, he said, it’s clear that the War on Terror does, he said.

“Our memorial will serve as a legacy to service and to duty, and (future service members) will have an opportunity to join that legacy and lineage after they have served. It becomes a call to duty,” Brennan said in an interview.

Gallagher said his bill would apply only to the War on Terror and isn’t concerned it would create bad precedent for future memorials.

“Anytime you’re talking about a monument it requires legislative action. It isn’t easy. This doesn’t open the floodgates for frivolous monuments,” he said in an interview. “This is very serious. It’s something that’s consumed the nation since 2001. I think everyone recognizes the gravity.”

Brennan, who flew Black Hawk helicopters over Afghanistan as an Army captain, got the idea for the memorial in 2014 on a trip to New Mexico. There he met a group of Vietnam veterans making their way across the country as part of Rolling Thunder, an annual cross-country motorcycle caravan that ends at the war memorials in Washington, D.C. every memorial day.

Inspired by their camaraderie, Brennan set to work on a memorial for veterans of his own war. That evolved into the creation of the nonprofit Global War on Terror Memorial Foundation, where Brennan now works full-time to clear legislative pathways, plan a design competition and raise the $25 million to $35 million needed to build the memorial.

“Anytime somebody says congratulations I remind them this is an incremental process,” he said.

His efforts are now bolstered by the support of Ryan Zinke, the Trump administration’s new secretary of the interior, who has a special connection to the legislation. Before he was elevated to the cabinet, Zinke was a Montana congressman who originally sponsored the House bill.

Now Gallagher and U.S. Rep. Seth Moulton, D-Mass., both Marine Corps veterans, have taken it over. Sens. Joe Manchin, D-W.Va., and Joni Ernst, R-Iowa, are sponsoring the effort in the Senate.

Site selection could take two years, design could take another three years and fund-raising could take even longer. The foundation has raised about $300,000 so far and expects that number to grow quickly once Congress votes.

For information about the foundation, visit www.gwotMemorialFoundation.org.