Editor’s Note: The following article highlights the Call of Duty endowment, the nonprofit organization under Activision, a video game publisher.... 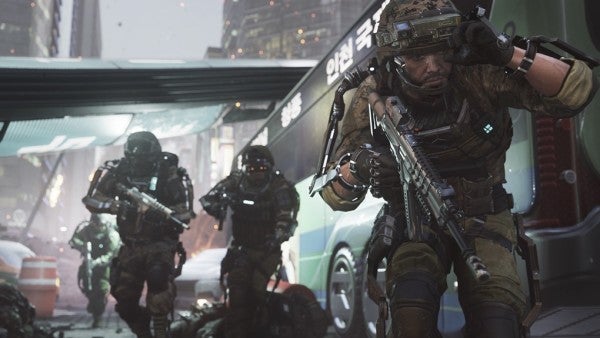 Editor’s Note: The following article highlights the Call of Duty endowment, the nonprofit organization under Activision, a video game publisher. Committed to filling its ranks with talented members of the military community, Activision is a Hirepurpose client. Learn more here.

Call of Duty fans can now help veterans find high-quality careers just by playing the game. Through Activision’s non-profit organization, the Call of Duty Endowment, it has created the Race to 1,000 Jobs campaign, an effort to provide employment opportunities to a thousand veterans by raising $1 million during the next two weeks.

“There’s no doubt that veterans make great employees — that’s not a throw away comment, it’s what data from over 1 million Fortune 500 corporate employees shows,” says Dan Goldenberg, executive director of the Endowment. On top of the Race to 1,000 Jobs campaign, the Endowment has also invested more than $7 million in grants for nonprofits that prepare veterans to succeed in the job market. These grants are awarded annually through its Seal of Distinction initiative, a vigorous application and vetting process.

There are a few ways to get involved. Starting Sunday, Nov. 2, five gaming personalities will be livestreaming the latest title in the Call of Duty franchise, Call of Duty: Advanced Warfare, on Twitch, a game-focused, web-broadcasting platform. They will also be taking donations for the Call of Duty Endowment.

Additionally, starting on Call of Duty: Advanced Warfare’s launch day, Nov. 4, players can pick up some limited-edition dog tags, with profits going directly to the Endowment. However, starting immediately, players can get involved by creating their own fundraising page for the Veteran’s Day game-athon. Players can receive pledges from friends and family to participate on Nov. 11. The top fundraiser will win a trip to San Francisco to tour Call of Duty: Advanced Warfare developer Sledgehammer Games’ headquarters, and meet the creators of the game. Activision will match all donations made during the game-athon, up to a total of a million dollars.

Last year, through the sale of dog tags alone, the endowment raised more than $1.9 million in profits that went toward veteran nonprofit organizations.

For more information on the Race to a 1,000 Jobs campaign, visit the Call of Duty Endowment Crowdrise page.