All CBD products are forbidden to US service members, Pentagon says

As the military services each roll out new policies regarding hemp-derived products like cannabidiol, or CBD, the Defense Department is not mincing words 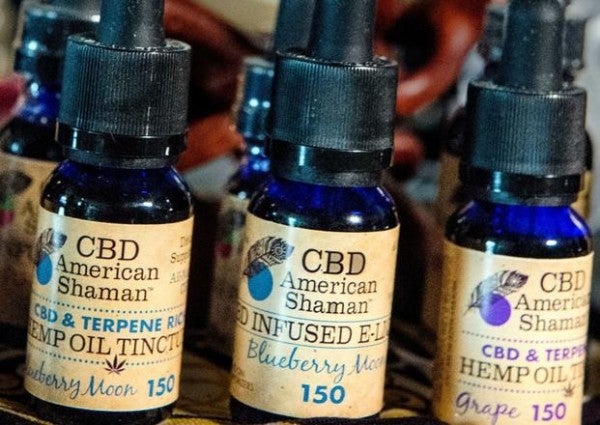 As the military services each roll out new policies regarding hemp-derived products like cannabidiol, or CBD, the Defense Department is not mincing words.

“It's completely forbidden for use by any service member in any of the services at this point of time,” said Patricia Deuster, director of the Human Performance Laboratory at the Uniformed Services University of the Health Sciences in Bethesda, Maryland.

The warning, along with the policies issued recently by the Air Force, Coast Guard and Department of the Navy, comes as CBD is becoming increasingly ubiquitous across the country in many forms, from coffee additives and vaping liquids to tinctures, candies and other foods, carrying promises of health benefits ranging from pain and anxiety relief to sleeping aids and inflammation reduction.

Hemp was removed from the federal government's list of controlled substances under the Agriculture Improvement Act of 2018, which passed last December. By law, hemp that contains less than .3 percent THC (delta-9-tetrahydrocannabinol, the psychoactive ingredient in marijuana, is legal.

But while the legislation removed cannabidiol from the Schedule I list of illicit substances, it did not necessarily legalize all CBD products. And since the products are unregulated and untested, there's no way to tell exactly what a person is buying or using, Deuster told reporters in a phone call from the Military Health System Research Symposium on Tuesday.

Troops could find themselves testing positive for marijuana use if the CBD product they use contains too much THC, she said.

“It's a real conundrum, and it's going to be a major issue for the military because it is available . You go into any store, and you can find gummy bears with a supplement fact panel on it,” Deuster said.

The only Food and Drug Agency-approved CBD product is Epidiolex, a medication used to control epileptic seizures. Both the Air Force directive, released April 30, and the Navy regulation, issued Aug. 7, allow service members to be prescribed the medication.

But all other ingested products derived from cannabis remain off-limits, despite the growing cottage industry. Service members who test positive for THC, and who are not taking Epidiolex or other FDA-approved medications containing synthetic cannabis, are subject to Article 92 of the Uniform Code of Military Justice and may receive an other-than-honorable discharge, which can carry a loss of veterans benefits.

“Sailors and Marines cannot rely on the packaging and labeling of hemp products in determining whether the product contains THC concentrations that could cause a positive urinalysis result,” said Navy Secretary Richard V. Spencer in ALNAV 057/19.

“CBD available in the United States market and online is not well regulated and can trigger a positive THC result at service drug-testing laboratories. Use of CBD is generally permissible only when an airman has a valid prescription for Epidiolex,” warned Air Force attorneys in OPJAG AF-2019-23.

But that order did not specifically address CBD use. In an interview with Military.com, Cmdr. Matt Rooney, chief of the Policy and Standards Division at Coast Guard Headquarters, said members should “err on the side of caution.”

“If they have a desire to use a product that may or may not fall into the definition of what's prohibited, they should seek guidance or use caution,” he said.

Under ArmyRegulation 600-85, soldiers are prohibited from using hemp or products containing hemp oil, synthetic cannabis, synthetic blends that use CBD oil and other THC substitutes.

The Navy policy allows Marines and sailors to use only topical products such as shampoos, lotions and conditioners that contain CBD, but transdermal patches or any other system designed to deliver CBD into the body are prohibited.

Deuster said service members need to understand that, although CBD products are popping up everywhere, it remains illegal under federal law for CBD to be listed as a dietary supplement or appear in food.

“The problem is there is no regulatory framework to ensure that the CBD products being sold meet the Farm Act,” Deuster said, adding that there is no research, other than studies done on the impact of CBD on seizures, to support many of the claims made by product manufacturers.

“[CBD] is everywhere. We are waiting for the FDA to do something,” she said.

Deuster told Stars and Stripes in February that, in a two-month period last year, military bases in the U.S. reported more than 100 medical incidents related to such products, including emergency room visits for increased heart rate and hallucinations.

A positive drug test from what appears to be a harmless gummy bear marketed as an anti-anxiety supplement or which offers vague promises of other benefits just isn't worth one's career.

“Don't believe what are telling you,” Deuster said.