With the federal deficit expected to top $984 billion this year, the Congressional Budget Office in December published a list of options for reducing the imbalance over the next 10 years, including three suggestions on Tricare and six that address veterans benefits 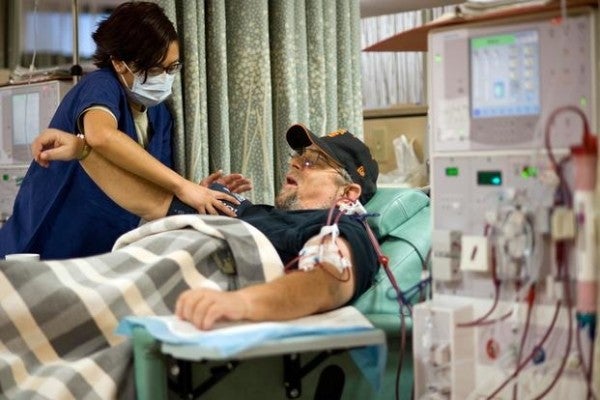 With the federal deficit expected to top $984 billion this year, the Congressional Budget Office in December published a list of options for reducing the imbalance over the next 10 years, including three suggestions on Tricare and six that address veterans benefits.

In its Options for Reducing the Deficit: 2019 to 2028, the CBO laid out 121 opportunities for curtailing spending and raising revenue. These include raising Tricare enrollment fees for military retirees, instituting enrollment fees for Tricare for Life and reducing veterans benefits.

The publication marks the fourth time in five years that the CBO has suggested raising Tricare enrollment fees for working-age retirees and introducing minimum out-of-pocket expenses for those using Tricare for Life.

The CBO also suggested instituting enrollment fees for Tricare for Life, the program that serves as supplemental coverage for military retirees on Medicare. Analysts estimated that the Defense Department could save $12 billion between 2021 and 2028 if it adopted annual enrollment fees of $485 for an individual or $970 for a family for Tricare for Life, in addition to the Medicare premiums most military retirees 65 and older pay.

According to CBO analysts, these options would reduce the financial burden of Tricare for Life to the DoD in two ways: It would cut the government's share by the amount of fees collected and indirectly would save money by causing some patients to forgo Tricare for Life altogether, either by buying a private Medicare supplement or simply going without one.

Another option would be to introduce minimum out-of-pocket requirements for those using Tricare for Life. In this proposal, TFL would not cover any of the $750 of cost-sharing payments under Medicare and would cover just 50 percent of the next nearly $7,000.

Retired Navy Capt. Kathryn Beasley, director of government relations for health issues at the Military Officers Association of America, said her organization is concerned that the CBO continues to include health care rate hikes for military retirees in its list of options, which it publishes every few years or so. The CBO also ignored the fact that rate increases went into effect last year, she added.

“CBO does this every year. Our biggest concern is that some of these options would make their way into the president's budget,” Beasley said. “With all the changes to the military health care system in the past year, we think we simply need to stabilize Tricare. It's been a lot to absorb.”

According to the CBO, the Department of Veterans Affairs also presents several opportunities for cost-savings measures. Some suggestions in the CBO assessment include:

The VA option with some of the largest savings potential, according to CBO, would be to end enrollment for the two million veterans in Priority Groups 7 and 8 — those who do not have service-connected disabilities and have income above the VA national threshold and below a geographically adjusted threshold (Group 7) or above both thresholds (Group 8). This could save the government up to $57 billion, CBO analysts said.

Finally, the CBO said the federal government could raise revenue by including VA disability payments as taxable income. According to the CBO, if all disability payments were to be taxed, federal revenues during the time frame would increase by $93 billion.

If just veterans rated 20 percent or less paid taxes on their disability compensation, federal revenues would increase by $4 billion, it said.

CBO analysts say their options only “reflect a range of possibilities” and are not recommendations or a ranking of priorities. “The inclusion or exclusion of any particular option does not imply that CBO endorses it or opposes it,” they wrote.