A former customs officer in Douglas was sentenced last week to one year of probation and fined $1,000 for lying about being a U.S. citizen 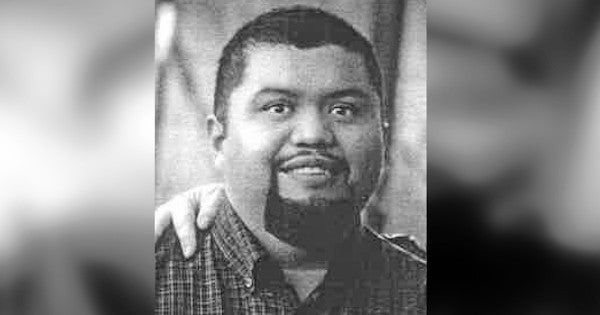 A former customs officer in Douglas was sentenced last week to one year of probation and fined $1,000 for lying about being a U.S. citizen.

Marco Antonio De la Garza, 38, worked for Customs and Border Protection for six years until he was indicted in March 2018 for falsely stating he was a U.S. citizen, when in fact he was a Mexican citizen, on a CBP background check and on a passport application, according to documents filed in U.S. District Court in Tucson.

De la Garza's career at CBP, as well as five years serving in the U.S. Navy on submarines, was made possible by a Texas birth certificate from 1980. He claimed he was born in Brownsville, Texas, rather than his true birthplace of Matamoros, the Mexican city across the international border from Brownsville, a special agent with the Department of Homeland Security's Office of the Inspector General wrote in a Feb. 22, 2018, criminal complaint.

“Growing up my parents told me that I was a U.S. citizen and my whole childhood I was led to believe this was true,” De la Garza wrote in a Jan. 16 letter to U.S. District Judge Raner C. Collins.

Despite objections from his parents, “By the time I was 17 I knew it was time to go live in America and join the U.S. military, it was then that I asked for my birth certificate and my mother told me that I had been lied to my whole life and I was and had been all along, a Mexican citizen,” De la Garza wrote.

“I refused to believe that to be the truth and still came to America with my U.S. birth certificate that she had given me,” De la Garza wrote.

He received a copy of his birth certificate and Social Security card from Texas officials, which made him believe his parents “had lied to me and tried to deceive me just to keep me from joining the U.S. military,” De la Garza wrote.

De la Garza wrote that he jeopardized the United States by leaving open the possibility that he could be extorted as a CBP officer.

“I realize how bad it could have been and how lucky I was to never have been blackmailed or taken advantage of, and for this I am truly very sorry,” De la Garza wrote.

De la Garza lived with his mother in Mexico until 1999, when he was 19 years old, according to a sentencing memorandum written by De la Garza's attorney, Matthew Green. He worked for his father's business in Monterrey, Mexico, before moving to Mission, Texas, and then Brownsville.

In 2003, De la Garza enlisted in the Navy and maintained an “exemplary service record” until he was honorably discharged in 2008, Green wrote.

De la Garza has no prior criminal history, Green wrote.

His wife and two children are U.S. citizens. As a veteran, De la Garza can apply for naturalization one year after his conviction.

SEE ALSO: Here Is The Full List Of Active-Duty Military Units Deployed To The Southern Border