U.S. Marine General Kenneth McKenzie, the head of U.S. Central Command, said during a visit to Afghanistan that the Taliban overplayed its hand in peace negotiations by carrying out a spate of high profile attacks, including one that killed a U.S. soldier last week 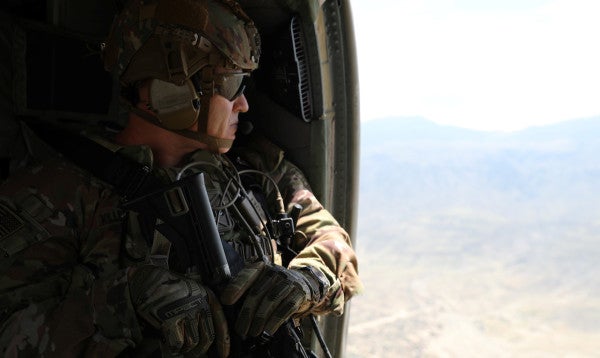 BAGRAM AIRFIELD (Reuters) – The U.S. military is likely to accelerate the pace of its operations in Afghanistan to counter an increase in Taliban attacks, a senior U.S. general said on Monday following Washington's suspension of peace talks with the insurgents.

U.S. Marine General Kenneth McKenzie, the head of U.S. Central Command, said during a visit to Afghanistan that the Taliban overplayed its hand in peace negotiations by carrying out a spate of high profile attacks, including one that killed a U.S. soldier last week.

The Taliban, which controls more territory than at any time since 2001 when it governed the country, said on Sunday that more American lives would be lost.

McKenzie declined to comment on the Taliban statement. But he noted that U.S. troops in Afghanistan were hardly “defenseless.”

“We're certainly not going to sit still and let them carry out some self-described race to victory. That's not going to happen,” McKenzie told a group of reporters traveling with him during a stop at Bagram Airfield in northeastern Afghanistan.

Asked whether increasing operations against the Taliban could include airstrikes and raids by U.S. and Afghan commandos, McKenzie responded: “I think we're talking a total spectrum.”

The insurgents' determination to step up both attacks on provincial centers and suicide bombings even as peace talks were taking place was a major factor in pushing U.S. President Donald Trump to announce on Saturday that he was canceling the talks aimed at ending America's longest war of 18 years.

The halt to the negotiations has fueled fears of even more violence across Afghanistan, with heightened security warnings in the capital Kabul and other centers ahead of a presidential election scheduled for Sept. 28.

Trump, a longtime critic of the Afghan war, and the billions of dollars it costs, had been preparing an unprecedented meeting with the insurgency's leaders at the presidential compound in Camp David, Maryland.

But he called off the event after the latest violence.

Reuters has reported on growing misgivings that had been building within Trump's administration about the peace deal negotiated by a special U.S. envoy, Zalmay Khalilzad.

McKenzie said he believed the Taliban underestimated the delicate nature of the talks with Washington, even in their later stages.

The growing tension on the ground in Afghanistan adds to the uncertainty about the future course for American forces, many of whom must now simultaneously brace for an increase in fighting while also awaiting potential orders to withdraw.

The United States has about 14,000 troops in Afghanistan, a figure that Trump has said he would like to reduce to about 8,600.

McKenzie declined to speculate on next steps even as he visited American troops at bases in Afghanistan, flying in from neighboring Pakistan over rugged, mountainous terrain.

Asked what his message was in his talks on Monday with U.S. special operations forces, medical teams and other personnel, McKenzie told reporters that they would need to keep fighting the “hard fight” for now.

“We just have to hold the line right now,” McKenzie said.

“We're going to make some decisions, I think, back in our nation's capital over the next few days and that will give us increased guidance going ahead,” he added, without elaborating.