CENTCOM: Cutting Troops In Afghanistan May Not Be Feasible 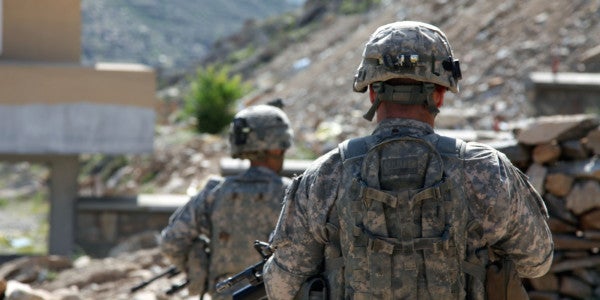 The outgoing commander of U.S. Central Command told lawmakers Tuesday it may be time to reconsider the plan to reduce American military forces in Afghanistan starting Jan. 1.

Gen. Lloyd J. Austin III acknowledged to members of the Senate Armed Services Committee that President Barack Obama's plan to cut forces from 9,800 to 5,500 by 2017 may no longer be feasible, given the recent increase in Taliban activity.

Sen. John McCain, a Republican from Arizona and chairman of the panel, told Austin that the Lt. Gen. John Nicholson, the new commander in Afghanistan “testified before this committee in no uncertain terms that the security situation in Afghanistan is deteriorating.”

The senator asked, “Do you agree with that?”

Austin replied, “In part I agree. I think that Taliban have become more active and the [Afghan security forces] have been challenged over the last year.”

McCain then asked Austin if that justifies rethinking further troop withdrawal in Afghanistan.

Sen. Angus King, an Independent from Maine, told Austin he was concerned about the plan to get from 9,800 to 5,500 by the start of next year.

“You can't just turn a switch on Dec. 31,” King said. “There has got to be a drawdown of some kind starting probably in late summer. Are you concerned given the heightened level of Taliban activity that we would be making a mistake by embarking on a drawdown of that nature?”

Austin agreed to review that plan and make adjustments if necessary.

“Is that happening? Is there a reassessment underway?” King asked.

“The new commander is on the ground and he is assessing things now, but at all levels, we will take a look at this and make the appropriate recommendations to the leadership,” Austin said.