Veteran Killed In Vegas Shooting Left Funeral Instructions: ‘Remember Me For Who I Was’

Charleston Hartfield was a military man. A policeman. A family man. And a prepared man. So it didn’t surprise those... 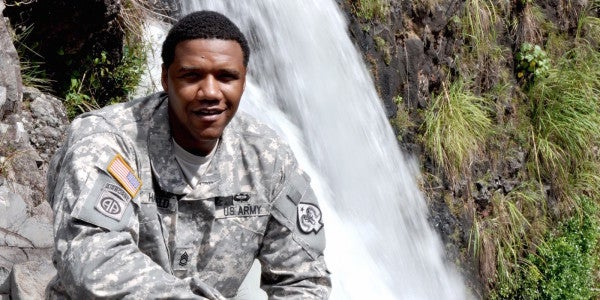 Charleston Hartfield was a military man. A policeman. A family man.

And a prepared man.

So it didn’t surprise those who knew him that he had instructions — a computer file called “Charleston Hartfield’s Memorial Service” — that offered careful plans for what to do in the event of his death. Nobody should wear black. There should be Johnny Cash and Nina Simone played at the service. Don’t exaggerate his accomplishments.

At Hartfield’s funeral Friday, Pastor Jud Wilhite read aloud from the file, which addressed Hartfield’s wife: “Veronica, if you’re reading this, then I have been called home.”

But Wilhite later went on: “I would like everyone to enjoy themselves. And remember me for who I was. The truth only. None of that stuff about how great I was. Only real stories.”

Hartfield was one of 58 people killed at the Route 91 Harvest Festival when a shooter perched high in a room at Mandalay Bay Resort and Casino opened fire and wounded nearly 500 people. Hartfield, who was attending the country music concert with his wife, was an off-duty Las Vegas Metropolitan Police Department officer who died trying to shield others from gunfire.

The funeral was conducted jointly by the Police Department and the military. Hartfield was an Army veteran who served in the 82nd Airborne Division and also was a sergeant 1st class in the Nevada National Guard.

The day began with a motorcade down the Las Vegas Strip, his flag-draped casket carried in the back of a Police Department pickup, moving slowly past the casinos — including the Mandalay Bay, which posted an electronic note on its marquee: “We Stand Strong for Officer Charleston Hartfield.”

Along the route, people stood on the sidewalks and watched the motorcade of grief head toward the suburb of Henderson. Fire trucks extended their ladders over the Las Vegas Strip, with the flag flying from the end as the crews saluted.

Inside the church, nearly filled to capacity, it was silent. But when the bagpipes played as Hartfield’s casket was escorted by an honor guard, people reached for tissues. Hartfield’s wife and their son and daughter — Ayzayah and Savannah — settled in the front-row seats.

Those who spoke at the service tried to honor Hartfield’s wishes and tell truthful stories about the man his wife called “ChuckyHeart.”

Chris Stockton, a cousin, joked about their military branch rivalry. Stockton — who Hartfield called Little Chip — was a Marine. Hartfield was Army. Stockton asked Hartfield why he didn’t join the Marines. He recalled Hartfield saying he couldn’t pass the test at the recruiter’s office.

“I said, ‘What are you talking about — you’re one of the smartest guys I know. What test?’” Stockton said.

Stockton smiled and said Hartfield told him: “Well I couldn’t fit my head in the jar.”

“He was one of the funniest dudes I knew,” Stockton said.

But Hartfield also was remembered as a tireless, humble worker who volunteered with the Henderson Cowboys — a youth football club — posting highlight reels on social media for the players to help them advance in high school and college ball. He spoke to students about police work, and even wrote a book that was published this year, “Memoir of a Public Servant.”

Central Church Pastor Mike Bodine introduced Hartfield’s brother and a sister, who spoke directly to Hartfield’s son and daughter — urging them to follow their dad’s example of working hard. The sister, Denita Oyeka, said Hartfield “will be right beside you — give you the strength you need to push forward and move those mountains.”

The 90-minute service also included Nevada National Guard Brig. Gen. Zachary Dozier, who posthumously promoted Hartfield to first sergeant. More than 3,000 people watched as rows of men and women dressed in sharp blue uniforms stood stiff and silent as Hartfield’s name was read with his new rank. In the top balcony, people dabbed at their eyes, and Hartfield’s family stared ahead at the casket with a hat atop it.

After his death, the Nevada National Guard wrote an obituary about Hartfield in which Master Sgt. Lemuel Iniguez, who led a combat training class with him, was quoted as saying Hartfield was “all love.”

On Friday, Clark County Sheriff Joe Lombardo praised Hartfield for his bravery during the shooting. He said even though Hartfield was not on duty at the concert, his instincts and training went into action as soon as the gunfire erupted. Lombardo choked up when talking about Hartfield as an example for others, and suggested the world would be a better place if people asked themselves, “What would Charleston do?”

The service ended with the church following Hartfield’s instructions. A slide show of the slain officer was played to the music of Johnny Cash and Nina Simone.

The honor guard arrived and escorted the casket out of the church and toward the Southern Nevada Veterans Memorial Cemetery as the bagpipes played until they were outside, fading until silence filled the church again.