Chelsea Manning could be headed back to jail — again

The former Army intelligence analyst was released last Thursday after 62 days behind bars for refusing to comply with a grand jury subpoena for testimony in an investigation into WikiLeaks by U.S. prosecutors in Alexandria, Virginia 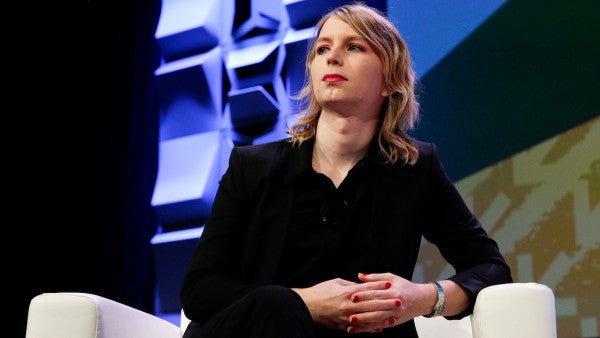 Chelsea Manning, a former U.S. Army intelligence analyst and source for online publisher WikiLeaks, could be jailed again if she refuses to comply with a new grand jury subpoena, said a U.S. law enforcement source, as well as Manning herself.

After 62 days in prison, Manning was released last Thursday. She had been locked up for refusing to comply with a grand jury subpoena for testimony in an investigation into WikiLeaks by U.S. prosecutors in Alexandria, Virginia.

Federal prosecutors are believed to be focused on WikiLeaks and its founder Julian Assange, who is serving 50 weeks in a London prison for jumping bail when he took refuge in the Ecuadorean embassy in 2012.

The first grand jury expired and Manning was immediately summoned to appear before a new grand jury on May 16.

A law enforcement source said on Monday that if Manning refuses to testify, prosecutors will likely request that she be jailed again for contempt.

On Friday, Manning appeared in a YouTube video declaring that she will continue to refuse to cooperate. “When I arrive at the court house this coming Thursday, what happened last time will occur again. I will not cooperate with this or any other grand jury,” Manning said.

A lawyer for Manning did not immediately respond to a request for comment.

Manning was convicted by court martial in 2013 of espionage for furnishing more than 700,000 documents and other materials to WikiLeaks while she was an intelligence analyst in Iraq. Former President Barack Obama, in his final days in office, commuted the final 28 years of Manning's 35-year sentence.

Assange, after nearly seven years taking refuge in the Ecuadorean embassy, on April 11 was arrested by British police. The United States is seeking his extradition to face charges of conspiracy to commit computer intrusion. Assange plans to fight the U.S. extradition request.

On Monday, the Assange case was complicated by Sweden reopening an investigation into a rape allegation against him and Sweden will seek to extradite him from Britain.

SEE ALSO: What Comes Next In The Pursuit Of Julian Assange