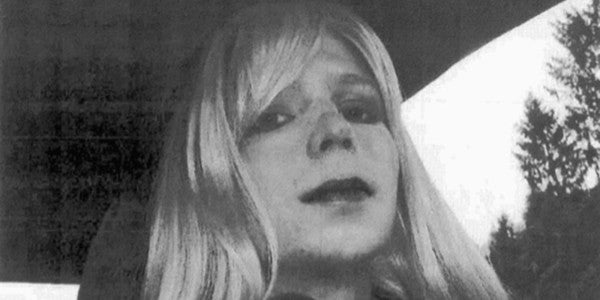 Former Army intelligence officer Chelsea Manning says she may end up back behind bars after refusing to answer questions in front of a grand jury about leaking military secrets in 2010.

Manning, who was sentenced to 35 years in prison for leaking millions of State Department documents and a video of a U.S. helicopter firing on civilians, said she asserted her first, fourth and sixth amendment rights during a hearing Wednesday and refused to answer every question.

“All of the substantive questions pertained to my disclosures of information to the public in 2010 — answers I provided in extensive testimony, during my court-martial in 2013,” she said in a statement.

Manning served more than six years in prison before having her sentence commuted by President Obama.

In January, she received a subpoena from the U.S. District Court, believed to be about a case against WikiLeaks founder Julian Assange, who has been inside the Ecuadorian Embassy in London since 2012.

Assange has been under investigation since at least 2010, when WikiLeaks began posting illegally downloaded government files.

“In solidarity with many activists facing the odds, I will stand by my principles,” Manning said. “My legal team continues to challenge the secrecy of these proceedings, and I am prepared to face the consequences of my refusal.”

Manning said she is due back in court Friday for a closed contempt hearing.