Ernest Walker, the Army veteran whose free meal was taken away by a Chili's restaurant manager who doubted his military... 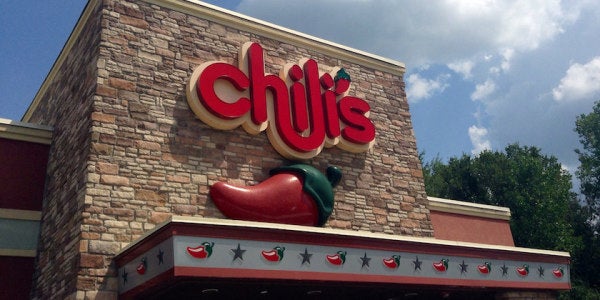 Ernest Walker, the Army veteran whose free meal was taken away by a Chili's restaurant manager who doubted his military service, has reached an agreement with Brinker International, the restaurant's parent corporation, that includes a donation to an advocacy effort for veterans.

Walker went to a Chili's in Cedar Hill on Veterans Day to enjoy the restaurant's offer of a free burger. He said a manager there wouldn't accept proof of his military service after another customer questioned whether Walker had actually served because he was black.

Walker said the manager also doubted the validity of his service dog, Barack.

As the veteran began filming the exchange with his cellphone, the manager grabbed Walker's leftovers and walked away.

Chili's apologized to Walker for his experience and placed the manager on leave. In addition to donating to Walker's new veterans' campaign, a separate donation to the Feed Our Vets organization will provide 100,000 meals to veterans in communities where homelessness and hunger are on the rise.

Walker's effort, called Feed A Million Soldiers, aims to help veterans deal with the challenges they face as they move from military to civilian life. Saturday afternoon, Walker was set to host the inaugural event for that effort in Duncanville featuring an appreciation dinner for veterans and their families.