China is preparing to field a third aircraft carrier. Here’s why they’re no match for US flattops

Of all the new weapons in China's modern, ever-growing military arsenal, few have gotten as much attention as its aircraft carriers 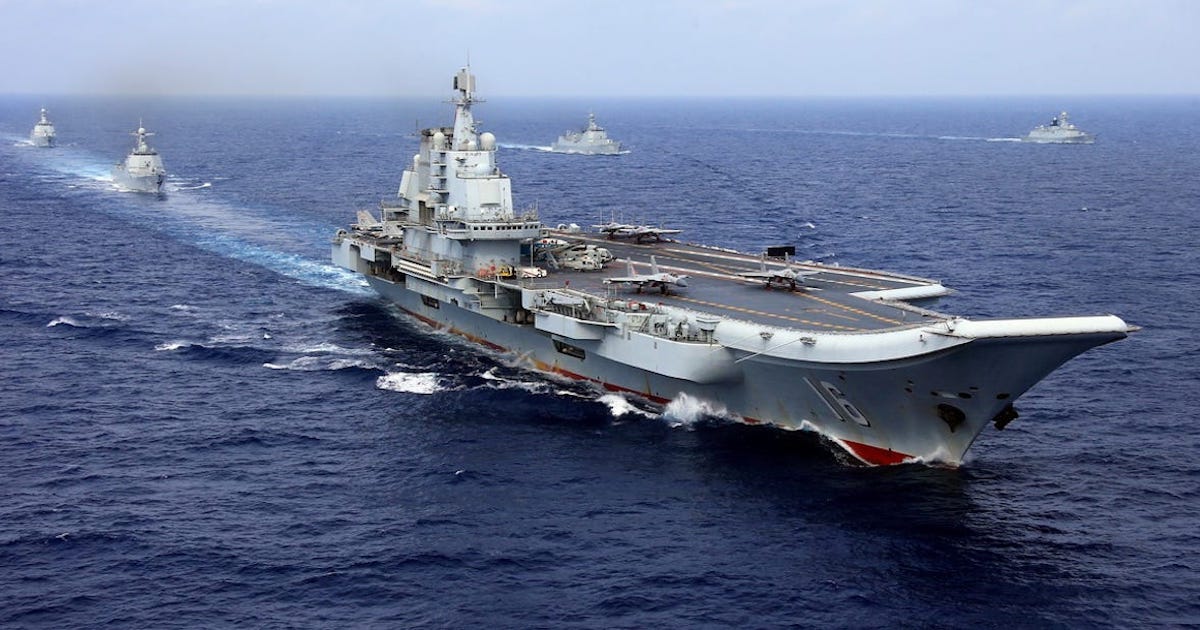 Of all the new weapons in China’s modern, ever-growing military arsenal, few have gotten as much attention as its aircraft carriers.

Chinese state media has repeatedly displayed the ships in flashy videos showing off their capabilities, the most recent of which was released at the end of last August.

Despite the hype and praise lavished on them, China’s carriers are just not that big a threat compared to U.S. carriers

Both the Liaoning and Shandong are based on the Soviet-designed Kuznetsov-class carrier of the 1980s.

The ship that became Liaoning, in fact, was being built as a Kuznetsov-class carrier for the Soviet navy until its construction was halted by the dissolution of the Soviet Union in 1991.

China purchased the incomplete hull from Ukraine in 1998 and then did a nearly decade-long refit in an attempt to turn the ship into a true aircraft carrier, removing some older Soviet-designed systems like its missile arsenal. The Shandong was given upgrades as well.

But one relic of their Soviet origin still hampers their effectiveness: ski-jump ramps.

The ski-jump is part of the Short Take-Off But Arrested Recovery (STOBAR) system, which launches an aircraft by forcing it upward as it speeds down the deck, allowing it to take off with less speed than normally required

STOBAR carriers come with a significant trade-off in that the aircraft have to be light in order to take off. This means Chinese jets can only carry a handful of missiles and have a limited fuel capacity.

Chinese carriers must also launch their jets one at a time, while U.S. carriers can launch two jets within seconds.

Added to this is the fact that China’s current naval fighter, the J-15 Flying Shark, is believed to be largely inferior to its American counterparts.

Like China’s carriers, the J-15 is based on a Soviet design. Unable to buy the Su-33 carrier-based fighter from Russia, the Chinese instead bought an unfinished Su-33 prototype from Ukraine and reverse-engineered it. The result is a carrier fighter plagued with problems.

While the prototype provided a good frame, it did not include the Su-33’s engines. China, known for having difficulty producing efficient jet engines, had to settle for underpowered domestic versions.

The underpowered engines and other mechanical issues resulted in numerous crashes, some fatal, that were such a problem that at one point the entire J-15 fleet was grounded for three months.

Other differences compound the weaknesses of China’s carriers.

Their total air wings are smaller (40 and 44 on Liaoning and Shandong compared to 60 and 75 on the Nimitz and Gerald R. Ford-classes). Chinese carriers are believed to be slower and can only operate at sea for roughly six days before needing to refuel, whereas U.S. nuclear-powered carriers can operate continuously for years as long as the crew is resupplied.

What’s more, the Chinese have less than a decade of experience with carrier operations, while the U.S. has close to a century of hard-earned experience from multiple conflicts across numerous continents.

But it is important to remember that China has a different mission in mind for its carriers.

“It has little to do with fighting Taiwan or even fighting in the East China Sea,” Timothy Heath, a senior defense researcher at the Rand Corporation, told Insider. “In both of those situations, carriers are probably not going to last very long.”

Rather, China is hoping to use its carriers to help secure the important Indian Ocean trade routes that are the maritime part of China’s Belt and Road Initiative.

“That’s the real value of these, and it’s worth bearing that in mind when we start to question why they are willing to spend so much money on building carriers with limited air capacity,” Heath said. “For that mission, it may be enough.”

Most of East Asia’s oil imports flow through important choke points like the Strait of Malacca, and because China lacks allies in the region, it does not yet have military bases that can guarantee security to its interests there.

Moreover, the presence of rivals like India — which has its own carriers — increase China’s need for carriers to support its naval operations in the region.

“They are the mobile air bases to go with the ships to provide security as a way to compensate for the fact that they don’t have a string of military bases on land along that Indian Ocean route,” Heath said.

It is also worth noting that while China’s current carriers may be inadequate, a new generation of carriers is under construction.

The latest, the Type 003-class, which will have a flat deck rather than a ski jump, is believed to feature a steam-powered or electromagnetic catapult launch system and is expected to enter service in 2024, though state media claims it could be launched as soon as the end of this year.

China is also reportedly working hard to replace the J-15 with a stealth fighter.

With China’s ability to build ships extremely fast and its strong commitment to military modernization, the current carriers could turn out to be training vessels that help it gain carrier experience. Until then, China’s carriers have a lot to learn before they can rival U.S. flattops.

“It’s a steep learning curve, and they are still on that curve,” Heath said.