A Chinese destroyer fired a laser at a US surveillance aircraft, Navy says

The incident occurred in the Philippine Sea about 350 miles west of Guam on Feb. 17, according to a statement from the U.S. Pacific Fleet Thursday. 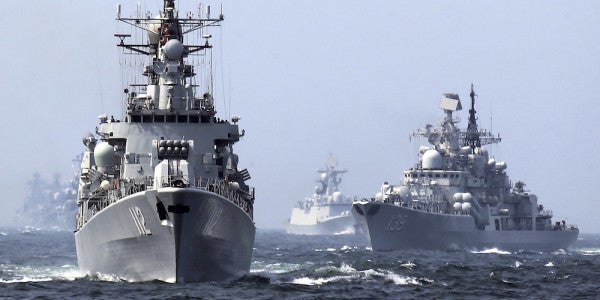 A U.S. Navy patrol plane was lasered by a Chinese destroyer, in an incident the Navy says was “unsafe” and a violation of an international agreement.

The incident occurred in the Philippine Sea about 350 miles west of Guam on Feb. 17, according to a statement from the U.S. Pacific Fleet Thursday.

The laser, invisible to the naked eye, was detected by a sensor on-board the patrol plane, a P-8A Poseidon, the statement says.

“Weapons-grade laser could potentially cause serious harm to aircrew and mariners, as well as ship and aircraft system,” the Navy said.

The Navy did not say if the laser injured anyone or caused damage.

According to the Navy, the ship's action violates the Code for Unplanned Encounters at Sea, a multilateral agreement, as well as a Memorandum of Understanding between the Pentagon and China's Ministry of National Defense.

The aircraft is based in Jacksonville, Florida and deployed to Okinawa, Japan.

The incident is the latest in a string of encounters with Chinese ships in the region, as China seeks to expand its military footprint. The U.S. Navy makes a point of sailing and flying in international waters in the area, in what it calls “freedom of navigation” exercises.