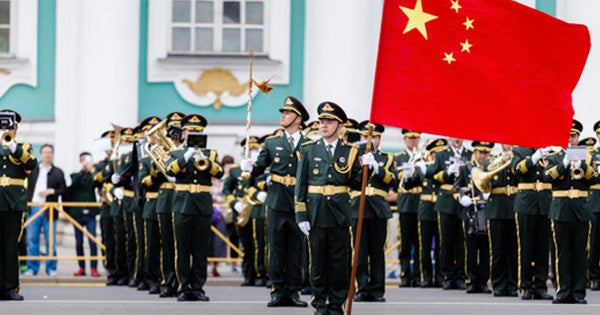 China's commander-in-chief has ordered the military command overseeing the contested South China Sea to “concentrate preparations for fighting a war,” according to the South China Morning Post.

“We have to step up combat readiness exercises, joint exercises and confrontational exercises to enhance servicemen's capabilities and preparation for war,” he explained, adding that the command has a “heavy military responsibility” to “take all complex situations into consideration and make emergency plans accordingly.”

The powerful Chinese leader has made strengthening and modernizing the People's Liberation Army (PLA) a top priority.

As Xi delivered his speech in Guangdong province, Chinese Minister of Defense Wei Fenghe warned that China will not give up “one single piece” of its territorial holdings, adding that “challenges” to its sovereignty over Taiwan could lead China to use military force.

The US Navy recently sent two warships through the Taiwan Strait, a move that, like the US military's frequent bomber overflights and freedom-of-navigation operations in the South China Sea, angered Beijing.

Tensions have been running particularly high in the South China Sea in recent months, with regular US B-52 bomber flights through the region and Chinese PLA Navy warships challenging American military ships and aircraft that venture too close to Chinese-occupied territories in the disputed waterway.

US Navy Adm. John Richardson, chief of naval operations, said Monday that the US Navy will continue to carry out freedom-of-navigation operations and challenge “illegitimate maritime claims.”