People are burning documents at the Chinese Consulate in Houston after China said the United States gave it 72 hours to close, with the State Department accusing China of threatening U.S. sovereignty and intimidating U.S. citizens 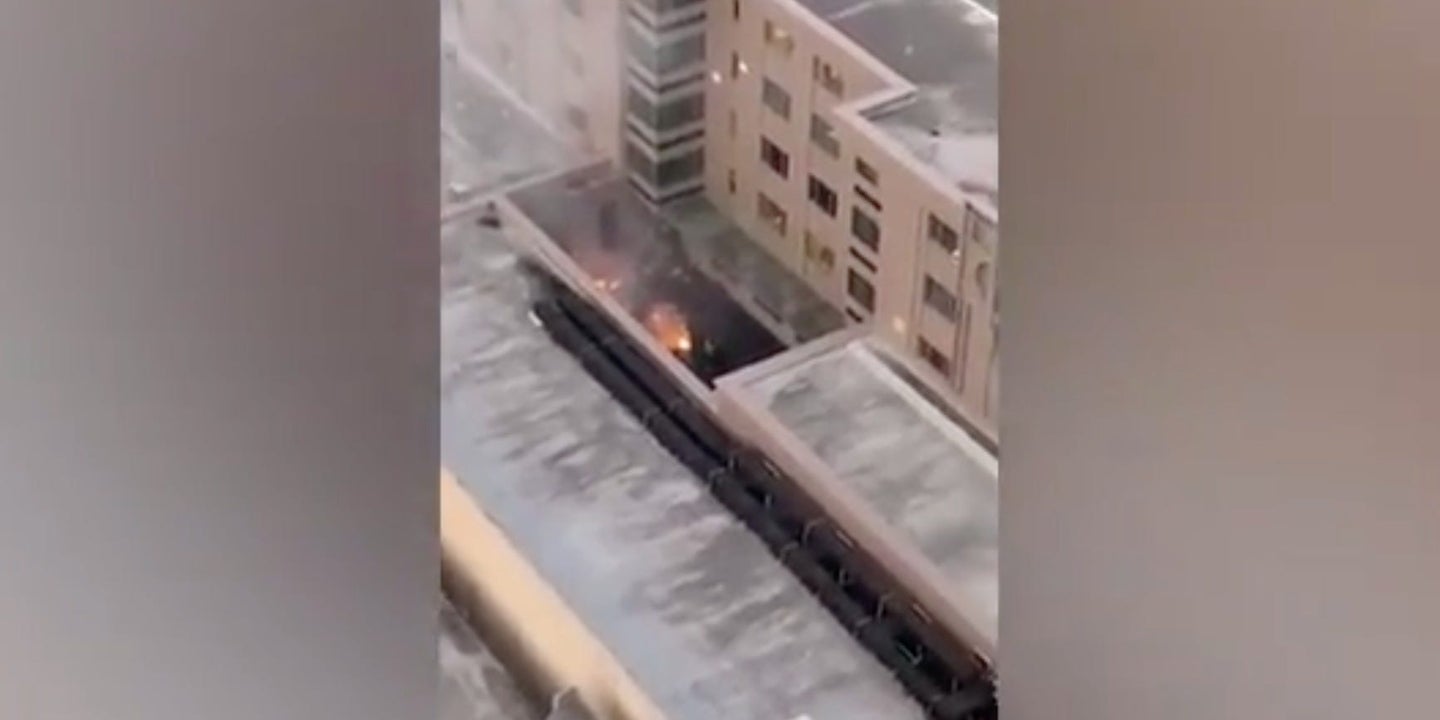 People are burning documents at the Chinese Consulate in Houston after China said the United States gave it 72 hours to close, with the State Department accusing China of threatening U.S. sovereignty and intimidating U.S. citizens.

The local outlet ABC 13 reported early Wednesday morning that trash cans full of documents were being burned in the consulate's courtyard.

A police official told the Houston Chronicle that witnesses saw paper being burned in what appeared to be open trash cans outside the building.

The police also told the local outlet Fox26 Houston that a fire reported at the consulate on Tuesday evening was the result of people burning documents. KPRC 2 reported that the police were told documents were being burned just after 8 p.m. local time on Tuesday.

One witness told KPRC 2: “You could just smell the paper burning.”

Video footage appears to show documents being burned outside the building:

“About 8:25 pm on Tuesday, our officers responded to a meet the firefighter call to the China Consulate General in Houston building … Smoke was observed in an outside courtyard area,” the department said. “Officers were not granted access to enter the building.”

Business Insider was unable to contact the Consulate General of the People's Republic of China in Houston outside its working hours.

The State Department confirmed to Insider that the U.S. ordered China to close its Houston consulate immediately.

“On July 21, the U.S. suddenly requested China to close the Consulate General in Houston. This was a political provocation unilaterally initiated by the US against China,” a Chinese Foreign Ministry representative, Wang Wenbin, said on Wednesday, calling it an “unprecedented escalation” in U.S.-China relations.

In a statement sent to Insider, the U.S. State Department representative Morgan Ortagus said: “We have directed the closure of PRC Consulate General Houston, in order to protect American intellectual property and American's private information,” using an abbreviation for the People's Republic of China.

“The United States will not tolerate the PRC's violations of our sovereignty and intimidation of our people, just as we have not tolerated the PRC's unfair trade practices, theft of American jobs, and other egregious behavior,” she added.

Wang said the move “seriously violated international law and basic norms of international relation” and damaged relations between the US and China.

“China strongly condemns this. China urges the U.S. to immediately revoke the wrong decision,” he said. “Otherwise, China will definitely make a proper and necessary response.”

The US asked China to close Consulate General in Houston in 72 hours. This is a crazy move.

On Tuesday, the Justice Department charged two Chinese state-backed hackers with hacking into the computer systems of hundreds of companies, governments, and individual activists and stealing their data. It is not clear whether these charges are related to the ordered closing.

China has four other consulates in the U.S. — in New York, Los Angeles, Chicago, and San Francisco — as well as an embassy in Washington, DC.

The Foreign Ministry statement said the Houston consulate was being closed “unilaterally” by the U.S. “for a limited time.” It did not specify a deadline given by the U.S.

The ministry also criticized the U.S.'s treatment of China.

“For a period of time, the U.S. government has repeatedly stigmatized China, conducted unprovoked attacks on China's development, unreasonably made things difficult for Chinese diplomatic and consular staff in the U.S., and intimidated, interrogated, and confiscated personal electronic equipment from Chinese students studying in the U.S.,” it said, without giving evidence to back up its charges.

Sen. Marco Rubio, the acting chairman of the Senate Intelligence Committee, celebrated the move to close the consulate in a tweet. The Florida Republican referred to the Chinese consulate in Houston as a “massive spy center.”

“#China's consulate in #Houston is not a diplomatic facility. It is the central node of the Communist Party's vast network of spies & influence operations in the United States. Now that building must close & the spies have 72 hours to leave or face arrest. This needed to happen,” Rubio said.

The New York Times noted that while ordering a consulate closed was a strong step, it was one that had been taken before in disputes between countries.

For example, the U.S. ordered Russia to close its consulate in San Francisco in 2017 after Russia restricted the number of diplomats the US could have in Moscow.

An unidentified source told Reuters that Beijing was considering closing the U.S. consulate in the Chinese city of Wuhan in retaliation, but China's next moves remain unclear.

Tensions between the U.S. and China have reached historic heights in the Trump era, with top experts warning that the two major powers are on the brink of a new Cold War. Though he praised China's handling of COVID-19 early on, President Donald Trump shifted to blaming Beijing for the pandemic as the U.S. coronavirus outbreak worsened, which has exacerbated the situation. The virus was originally detected in Wuhan.

“We're essentially in the beginnings of a Cold War,” Orville Schell, the director of the Center on U.S.-China Relations at the Asia Society, told Insider in May. “We are on a downward slide into something increasingly adversarial with China.”