Submarine base commander says Chinese, Russian subs ‘are definitely catching up to us.’

But the Navy's new Columbia-class subs "will be the most advanced" on the planet. 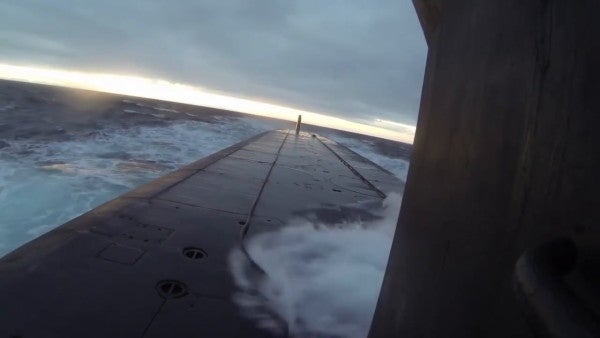 Foreign adversaries, China and Russia in particular, are designing increasingly sophisticated submarines that show they “are definitely catching up to us,” said Capt. Chester Parks, commanding officer at Naval Submarine Base Kings Bay.

U.S. Navy illustrationAn artist rendering of the future Columbia-class ballistic missile submarines. The first sub, the USS Columbia, is due to begin construction in fiscal 2021, be built by 2028 and patrol by 2031.

Parks made the comments as the guest speaker Tuesday at the Rotary Club of St. Simons Island meeting.

“The Columbia class will be the most advanced submarine on the planet,” Parks said.

The boats, which cost an estimated $7 billion each, will have a nuclear reactor designed to last their 40-year life span. The existing ballistic missile submarines have to be refueled after 20 years of service. The process takes two to three years to complete.

Columbia class submarines will be around the same size as the Ohio-class boats, but they will have fewer hydraulics, no periscope and the most sophisticated electronic equipment available.

The first of 12 Columbia class submarines planned for construction will arrive at Kings Bay in 2028, but before the boats arrive, the base will undergo a major renovation estimated to cost $840 million. The planned work includes $500 million in upgrades to the 30-year-old dry dock, a $160 million transit protection program, a $138.6 million nuclear regional maintenance facility and an expansion of the training facility.

Parks said the studies aren't complete, but he expects additional personnel will be assigned to Kings Bay once the Columbia-class boats begin arriving because the base will also be responsible for maintaining the Ohio-class subs until they are removed from service.

“It's going to take this base into the 2030s,” he said of the preparations.

During a question and answer session during the presentation, Parks was asked about the impacts of sea level rise at Kings Bay. He said the issue is a concern at some bases, but Kings Bay is not among them.

He told the audience the ballistic missile submarines can remain submerged for extended periods of time — as long as there is enough food to feed the crew.

Parks said Kings Bay, which employs an estimated 9,000 active-duty, government and contract employees, has an estimated $1.1 billion impact to the regional economy.