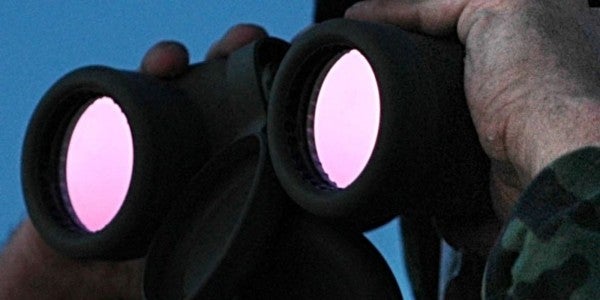 MIAMI — Zhao Qianli says he's a musicology student from China who traveled to the United States for a summer exchange program. After he finished his studies in September, he booked a flight to Miami and then headed for Key West.

But rather than see the Hemingway House and other sights, Qianli got caught by Key West police for trespassing onto the high-security Naval Air Station. He later told federal authorities that he lost his way on the tourist trail and did not realize it was a military base.

Investigators found photos and videos on Qianli's smartphone as well as on his digital camera that he had taken of government buildings and a Defense Department antenna field on the military base.

Qianli, 20, who is being held in Monroe County Jail, pleaded guilty Tuesday to one count of photographing defense installations at the Key West military facility and was sentenced to one year in prison by U.S. District Judge K. Michael Moore. The judge gave him the maximum sentence, which was higher than the sentencing guidelines between zero and six months. The U.S. attorney's office sought nine months in prison.

Five other counts in his indictment were dismissed as part of Qianli's plea deal. He made his appearance via a remote video hookup from the federal courthouse in Key West, with his defense attorney by his side. He admitted through a Chinese interpreter that he took the unlawful photos on Sept. 26 while trespassing the restricted grounds of the Naval Air Station, but expressed no remorse.

Although federal authorities charged Qianli with photographing defense installations, they implied in court filings and during Tuesday's hearing that he was not just a tourist but rather a possible spy for the Chinese government who lied when he was questioned by FBI agents after his arrest.

Federal prosecutor Michael Sherwin said that Qianli waded into the water in his clothes to go around the security fence on the southern end of the naval base, where signs say it is a restricted area — and to keep out. He said that, contrary to his claim that he was just a tourist and got lost, FBI agents found no pictures of the typical tourist spots such as Mallory Square on his smartphone or digital camera.

“The primary pictures on that camera were of the military facility,” Sherwin said, noting that a witness saw Qianli go directly to the Defense Department antenna field and snap pictures. “It did not have the hallmark of a tourist who got lost and wandered onto the military facility.”

But Qianli's defense attorney, Hongwei Shang, repeatedly said her client was a college student at North University of China who was visiting Key West as a tourist after completing a summer exchange program.

“He's not a spy,” Shang argued at Tuesday's hearing. “A spy would not do things like him. There's no proof. … He committed a stupid mistake. He confessed to it. He just wants to go home.”

Shang talked about Qianli's parents and their desire to see him again, as she choked up during her comments to the judge.

Seeking mercy for her client, Shang talked about North Korea's detention of an American student, Otto Warmbier, who was released in 2017 after 17 months in captivity and one year in a coma. Warmbier, a Ohio native who later died, had visited North Korea with a tour group after traveling in China. He was charged and convicted of a “hostile act” — trying to steal a propaganda poster — against North Korea's authoritarian government.

Shang's reference to that highly controversial case clearly offended the judge, who noted that Warmbier was not caught taking pictures and videos of North Korean military installations, as her client did at the Naval Air Station in Key West.

Qianli's conviction and sentencing followed a recent CNN report that said U.S. intelligence officials have warned that China is enlisting some of its students studying in the United States to act as spies in gathering information on business, technology and science for the Beijing government.

SEE ALSO: Chinese Hackers Are Reportedly Stealing Loads Of US Navy Secrets, And The Navy Is Scrambling To Stop It

WATCH NEXT: We Watched China's Rambo So You Didn't Have To