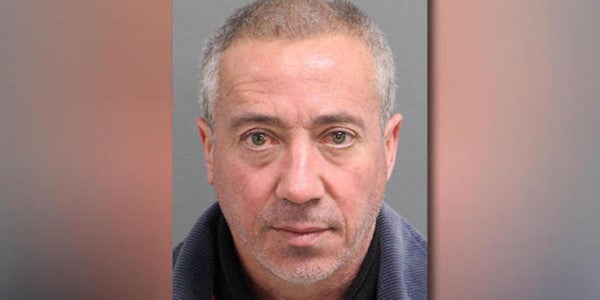 A Raleigh, North Carolina, man charged with impersonating a federal officer and falsely reporting a shootout with illegal immigrants carrying a bomb faces fresh questions about his mental competency.

Christian Desgroux, 58, has already served time in federal prison for landing a rented helicopter at the SAS campus in Cary last year, calling himself an Army general acting under orders of President Donald Trump.

At his hearing on the new charges Thursday, U.S. District Judge Robert Numbers told attorneys to be prepared to address Desgroux's ability to stand trial at his hearing in January.

In a Dec. 19 affidavit, an agent for the U.S. Department of Homeland Security said Desgroux called 911 on Nov. 27 and told Raleigh police he was a federal parole officer needing help.

He described himself driving on Wake Forest Road in pursuit of a van full of 10 illegal immigrants who were driving to Washington, D.C., with a bomb.

Still on the phone with the dispatcher, Desgroux said the driver pointed a gun out the window and shot the front of his car, wrote special agent Tony Bell. Once they had reached Glenwood Avenue near Crabtree Valley Mall, Desgroux said, “He shot again. … I'm hit. My arm is hit.”

On Thursday, a federal prosecutor said Raleigh police sent 15 units to the scene and blocked Glenwood Avenue for 45 minutes.

The van in question was stopped at the scene and its occupants were ordered out at gunpoint, the affidavit said. No bombs were found there or anywhere else, nor was there any evidence Desgroux had been shot.

A Raleigh auto mechanic, Desgroux received a six-month sentence in July for posing as a general and piloting a helicopter to the SAS campus — apparently to impress a woman.

U.S. District Judge Terrence Boyle handed down the sentence in Raleigh after Desgroux's guilty plea in June. The 58-year-old was also sentenced to a year of supervised release.

His next hearing is Jan. 7.

SEE ALSO: Man Who Impersonated Army General, Picked Up A Date In A Helicopter Sentenced