Editor's note: This article by Hope Hodge Seck originally appeared on Military.com, the premier source of information for the military and... 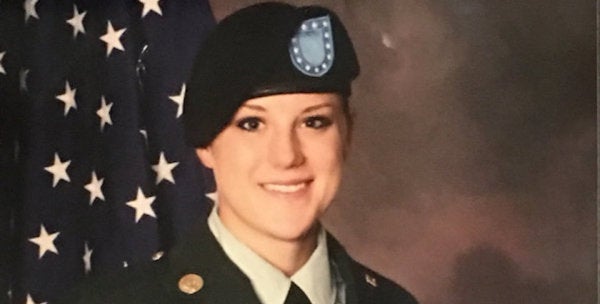 The Army has identified a service member who died while serving in support of the fight against ISIS in Iraq and Syria as Sgt. Christina Marie Schoenecker, a Reserve soldier from Kansas.

Officials with Combined Joint Task Force-Operation Inherent Resolve announced earlier Tuesday that an investigation had been launched after a service member died Monday in a non-combat incident.

Schoenecker, 26, of Arlington, Kansas, was assigned to the 89th Sustainment Brigade out of Wichita, Army officials said in a brief release. They did not reveal the circumstances of her death, but said she was in Baghdad at the time.

According to the command, Schoenecker was a human resources specialist who joined the Army in 2009. She was promoted to sergeant in January 2015 and was completing her first deployment at the time of her death.

It's the third casualty of the year for Operation Inherent Resolve. Service members supporting the mission died Jan. 8 and Jan. 31 in separate non-combat incidents, according to task force announcements.

According to the Defense Department, 50 U.S. troops to date have died supporting OIR since the operation began in 2014. Of those deaths, 37 occurred in non-hostile incidents.