A U.S. Navy veteran who survived the 2000 terror attack on the USS Cole in Yemen was sentenced Thursday to more than 10 years in federal prison for offering up a minor to a 71-year-old man for sex in 2017 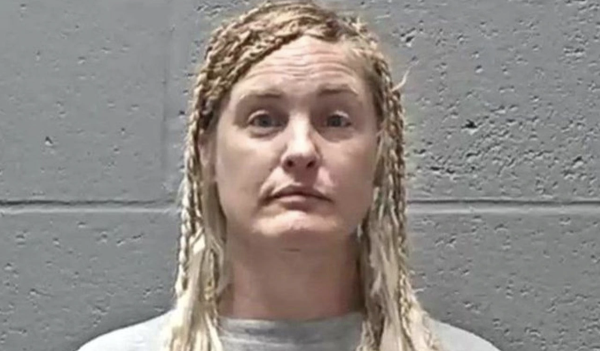 SPRINGFIELD, Mass. — A U.S. Navy veteran who survived the 2000 terror attack on the USS Cole in Yemen was sentenced Thursday to more than 10 years in federal prison for offering up a minor to a 71-year-old man for sex in 2017.

Claire Poole, 40, of Ware was charged in 2017 along with Walter Brown, of Monson. Poole, whose original mugshot showed a rough-looking woman with blonde cornrows and a neutral expression, looked pale, small and lost in a federal courtroom.

U.S. District Court Mark Mastroianni delivered the sentence after Poole struck a plea agreement with prosecutors that spared her a 15-year mandatory minimum sentence for more serious charges including child exploitation and pornography.

She declined to address the judge, but her court-appointed attorney David P. Hoose said in a presentencing memo that Poole had herself been abused by men most of her life, then joined the military when she was just a teen after working in a factory following high school.

Hoose said she was raped by a superior officer and sexually harassed by her fellow sailors while at sea for weeks on a submarine. She also was among 300 sailors who were victims of the Al Qaeda suicide bomber attack on the USS Cole, a missile destroyer refueling in a port city in Yemen. Seventeen sailors were killed and the balance of them were forced to keep the ship afloat for more than two weeks in brutal temperatures and alongside dead comrades before they were rescued.

“Claire's been circling the drain since she left the Cole and she won't admit it,” Hoose told Mastroianni, relaying a quote from Poole's mother.

Poole shuttled a girl between trailer parks in Ware and Monson, where Brown, a.k.a. “Brownie,” would pay the girl hundreds of dollars for sex. The woman also took nude pictures and video of herself for Brown for money, but more often asked him to get paid for painting work or odd jobs around his home.

The Republican is withholding further details about the victim to protect her identity.

Assistant U.S. Attorney Alex Grant said that while he doesn't consider Poole a threat to society or at risk of committing similar acts after she is released from prison, her behavioral was intolerable.

“This is about sending a message to society at large … that this behavior is completely unacceptable,” Grant said.

Poole must register as a sex offender and will be on supervised for probation after her release from prison.