"[Donald Trump] told me my record would be expunged," he said on Twitter. "His staff in the White House must have disagreed. This will be an uphill battle." 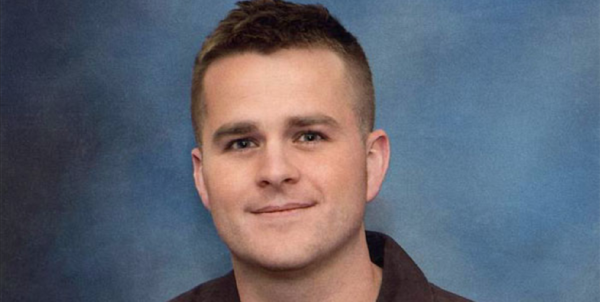 Former US Army 1st Lt. Clint Lorance, the officer who was convicted of murder for war crimes, said it was “impossible to find a job” at a Walmart or Target, despite being granted a full pardon by President Donald Trump.

Lorance was sentenced to 19 years in military prison after he was found guilty of second-degree murder by ordering his soldiers to shoot at three unarmed men on a motorcycle in Afghanistan in 2012. Two of the men were killed by machine gun fire and a third was wounded.

Nine of Lorance's fellow soldiers testified against him in his trial, some of them alleging that he tried covering up his actions; Lorance has maintained his innocence and defending his actions as protecting fellow soldiers.

“I made the best decision I could make, given the conditions on the ground,” Lorance said on “The Sean Hannity Show” after his pardon in November. “And I'll tell you this … I would make the same exact decision again today if I was faced with that decision.”

Lorance served six years of his sentence before it was cut short when President Donald Trump granted him clemency in November. Trump's executive order, which also dismissed another war crimes case pre-trial and reinstated the rank of a convicted Navy chief, cited the “long history” of previous presidents who “have used their authority offer second chances to deserving individuals.”

“As the President has stated, 'when our soldiers have to fight for our country, I want to give them the confidence to fight,'” the White House said in a statement.

But despite being pardoned and released from prison, Lorance argues that a dishonorable discharge “makes it impossible to find a job … Even at Walmart or Target.”

“[Donald Trump] told me my record would be expunged,” he said on Twitter. “His staff in the White House must have disagreed. This will be an uphill battle.”

In addition to his tweet, Lorance uploaded what appeared to be an email from Target rejecting his application as a potential human resources employee. Target said it was “unable to provide specific feedback” on his candidacy.

But according to a company press release in 2018, Target revised its hiring practices so that it removed a criminal history question from the application — and that any criminal background details would only be “in the final stages of the hiring process.”

“There were claims that the approach may have unintentionally disqualified certain applicants, and that some applicants were disqualified because of convictions that weren't related to the position for which they applied,” Target said in its statement, adding that the new process “ensures individuals are considered for employment based on their qualifications, interview and availability.”

Following his release, Lorance has been an outspoken activist for pardoning other convicted war criminals, including former Blackwater security guard Nicholas Slatten, who was sentenced to life in prison for his role in the deadly shooting of 14 unarmed Iraqi civilians in 2007.

Lorance has also claimed that senior military leaders traded in their uniforms to become “a politician.”

“And so I think they lose some of their values and they certainly lose a lot of their respect from their subordinates, when they do what they did to me, which was throw me under the bus.”