The Coast Guard Academy, which is involved in the most comprehensive concussion study to date, is preparing to track cadets after they leave the academy to examine the impact a concussion can have on a person's brain over time 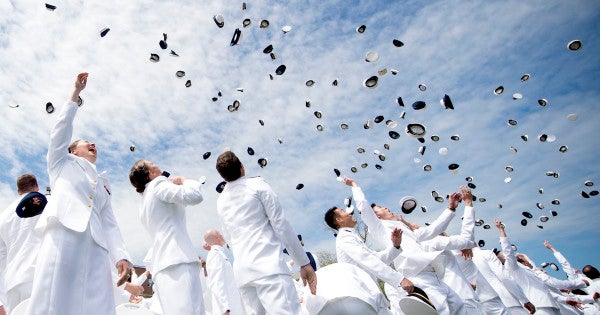 The Coast Guard Academy, which is involved in the most comprehensive concussion study to date, is preparing to track cadets after they leave the academy to examine the impact a concussion can have on a person's brain over time.

The study, launched in 2014 by the NCAA and the Department of Defense, initially looked at the impacts from concussions or repeated head injuries in the hours, days and weeks after the injury, and compared those to assessments done beforehand. Now, it is expanding the study to look at potential cumulative effects.

To date, the study, which aims to understand the effect concussions have on the brain and to identify ways to improve diagnosis, treatment and prevention, has collected data on about 40,000 student-athletes and cadets from 30 colleges and military service academies, including more than 3,300 who had a concussion.

For about four years now, the academy has done a baseline assessment of cadets that looks at their balance, reaction time, and memory recall. That's been key in informing the care that comes when a cadet sustains a concussion, said Cmdr. Carlos Estevez, the primary investigator at the academy for the study.

That afternoon he was going to be examining a male cadet who had had a concussion, putting him through the cognitive assessment again to see where or whether changes occurred, and thus where to focus the care.

The academy has an established concussion protocol from what happens to an athlete on sidelines to returning to play, but that could differ from what's in place at the University of Connecticut or Connecticut College, Estevez said, explaining he'd like to see standardized concussion care established across the board.

The study has already contributed to research such as the short-term impact of the age someone is when they first get a concussion and how sleep impacts concussion recovery. Given the large sample size, researchers have been able to conduct initial analyses and findings, which are publicly available.

The NCAA is providing $12.5 million in funding over two years, and the Pentagon approved a two-year grant of nearly $10 million for the second stage of research, which will follow cadets and student-athletes for up to four years after graduation. In addition to ongoing cognitive assessments, participants' psychological health will be tracked to determine what role, if any, concussions and repetitive head impacts may have on depression, anxiety and emotional control.