The Coast Guard Academy said Wednesday that it was reviewing a report that found it had retaliated against a black, female officer... 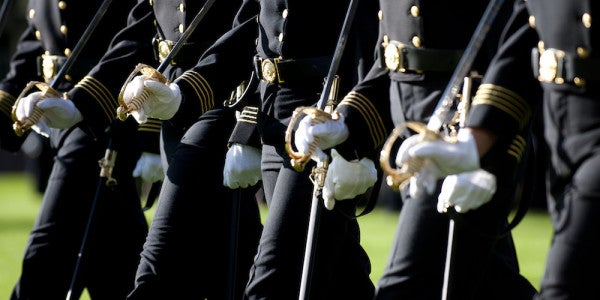 The Coast Guard Academy said Wednesday that it was reviewing a report that found it had retaliated against a black, female officer after she made discrimination and harassment complaints against her superiors, including the head of her department.

The report from the Department of Homeland Security's Office of Inspector General released Tuesday found that “a preponderance of the evidence” established that the complaints made by the female officer, a lieutenant commander stationed at the academy, were “a contributing factor” in negative marks she received on an annual evaluation.

The “totality of the evidence demonstrated that complainant would have received higher marks absent her complaints,” the report says. It recommends that the secretary of the Department of Homeland Security, which the Coast Guard falls under, order her evaluation to be corrected.

“Discrimination, bullying and harassment are contrary to our core values and will not be tolerated in the Coast Guard,” academy spokesman David Santos said in an emailed statement Wednesday afternoon. “The Coast Guard and the Coast Guard Academy are reviewing the inspector general's report and will work closely with DHS in developing a plan to implement its recommendations.”

The report redacts the names of the female officer and other Coast Guard officials, citing privacy laws.

The investigation also revealed potential disparities in how the Coast Guard responded to the female officer's complaint compared to a harassment and bullying complaint made by a different member of the academy against the same department head in January 2018. The academy removed the department head on April 24, 2018, “due to a loss of confidence relating to the substantiated bullying allegation,” the report says. It redacts the name of the department in question.

On April 24, the academy removed Capt. Kevin Lopes as head of its management department, after an investigation, found that he bullied a subordinate in early 2018, as reported in a May 2018 article in The Day.

Santos told The Day then that Lopes was removed “due to a loss of confidence in his ability to effectively lead the department.” He said Lopes' removal wasn't the product of a single incident but wouldn't comment on the number of instances of bullying involving him. Despite his demotion, Lopes remained on staff, Santos said at the time, because “he continues to be a productive member of the permanent commissioned teaching staff.”

Asked Wednesday whether the department head cited in the DHS report was Lopes, Santos said, “We cannot confirm the names of individuals in the report due to privacy concerns.”

As of Wednesday afternoon, Lopes was listed as a professor in the management department, and a member of the permanent commissioned teaching staff on the academy's website.

There's already a congressional inquiry and a review by the inspector general into how the academy handles allegations of discrimination, and whether it took appropriate action in past discrimination cases.

The inspector general's investigation covered the period from July 2015 through April 2018, in which the female officer made several complaints, alleging harassment and a hostile work environment based in part on race and gender. The report indicates that high-level Coast Guard officials, including Adm. Paul Zukunft, the previous head of the service, were made aware of the allegations.

The inspector general's report does not address the merits of the allegations but substantiates the female officer's claim that she was retaliated against after making the complaints, a violation of the Military Whistleblower Protection Act.

The harassment complaint was made against the department head, the deputy head and the assistant department head. All three were informed of the allegations.

“The deputy department head was so angry that on the same day as learning of the complaint, he drafted an email to himself demanding that Complainant apologize, then resign, for having made the complaint,” the report says. He did not end up sending the email to the complainant.

After the complaint, the academy initiated a preliminary investigation. A white, male faculty member interviewed as part of the investigation said he saw bias against the female officer “in subtle ways such as through lack of trust, demeanor, conversation and attitude,” the report says. He said she received more “kickback” regarding the painted wall than he did even though he also was involved in the decision to paint the wall.

A Coast Guard investigator recommended a full administrative investigation by someone with equal employment opportunity or civil rights credentials to “fully probe and objectively assess” the allegations. Instead, two unnamed academy officials ordered a “general climate and culture investigation” of the department, “which was a relatively superficial effort and did not address complainant's particular situation,” the report says.

The report recommends the Coast Guard require commanding officers to document in writing the reasons for their findings when investigating bullying and harassment complaints, and outcomes in response to such complaints. It also recommends additional training for all supervisors on the Coast Guard's bullying, harassment and discrimination policies.