Coast Guardsman killed after falling from a cliff during a hike

"Fair winds and following seas, shipmate. You are missed.” 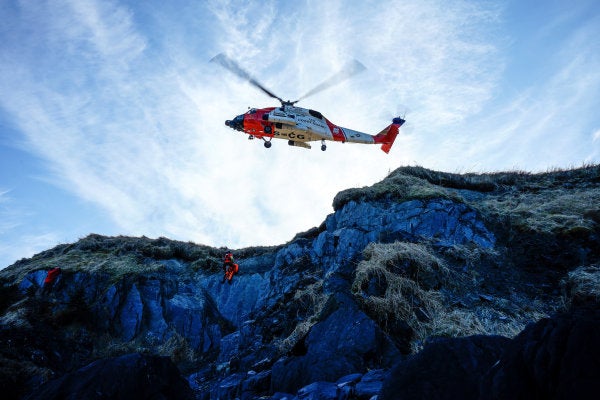 A U.S. Coast Guard member who had recently served on a Great Lakes cutter died in Kodiak, Alaska last week after falling from the top of a cliff overlooking the ocean while hiking with a friend.

Ricky Reese Jr., 25, was taken to the Providence Kodiak Island Medical Center, where he died, according to the Anchorage Daily News.

Until recently, Reese had served on the Coast Guard Cutter Neah Bay, a 140-foot vessel that serves the Great Lakes and has a homeport in Cleveland. It's a familiar vessel for ship enthusiasts in Michigan waters and beyond.

“He was only 25 years old and was loved by all who had the privilege of knowing him. Fair winds and following seas, shipmate. You are missed.”

The incident happened last Wednesday when Reese and a friend were hiking on a cliff on Kodiak Island off the Alaskan coast. He fell off a 60-foot cliff in an area near Buskin Beach, the Anchorage paper reported.

Alaska State Troopers responded to the scene and attempted to save Reese. He was taken to the medical center, where he died.

Reese was originally from Georgia.