A new fast response U.S. Coast Guard cutter has been named after a rescuer from Michigan who lost his life trying to save three teenage brothers who were swept off a pier during a fierce Lake Superior storm known as “Black Sunday.” 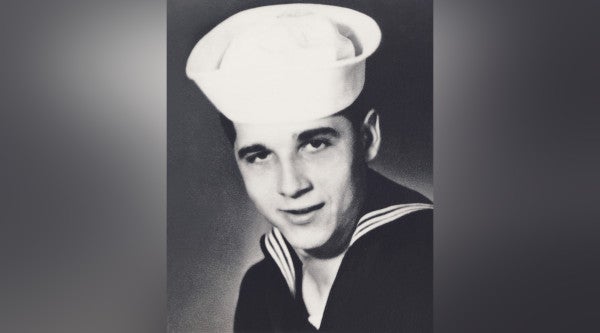 A new fast response U.S. Coast Guard cutter has been named after a rescuer from Michigan who lost his life trying to save three teenage brothers who were swept off a pier during a fierce Lake Superior storm known as “Black Sunday.”

The Coast Guard took delivery of the new cutter this month in Key West, Florida. It will be the second of three fast response cutters stationed in Galveston, Texas, the military said.

The new cutter’s namesake, Petty Officer 1st class Edgar Culbertson of Ferndale, was 31 when he died during the rescue effort in Duluth, Minnesota on April 30, 1967. Culbertson and two other Coast Guard rescuers had tethered themselves with rope and spaced themselves 25 feet apart in an effort to rescue the brothers. Culbertson died, as did all three brothers.

The two other Coast Guard rescuers survived. For their bravery and heroism, all three service members were awarded the Coast Guard medal.

Here are some of the details of the “Black Sunday” rescue. For a full account, read the rescue anniversary story here.

Winds were blowing at 45 mph that night, whipping up waves along the coast of Duluth, a port town on Superior’s northwestern shore. Witnesses saw brothers Eric, Arthur and Nathan Halverson – two 16-year-old twins and a 17-year-old – running on the pier about 7:45 p.m. The boys had driven to the pier after a church gathering, their parents later said.

One brother was swept off by the crashing waves, and the other two were stranded on the pier, reports said.

“The crew tethered themselves together using a rope, with 25-foot spacing and set out searching the pier with only a hand lantern to light the way,” according to a Coast Guard account of the rescue attempt.

“The men shuffled their way out to the lighthouse without incident, but also without finding the missing boys.

“On their way back, Culbertson was knocked off the pier by a large wave, causing him to fall below onto the rocks along the shores of the lake.” His body was later found on the beach. Fencing was later added to the pier as a safety measure.

The fast response cutter named for Culbertson is a versatile ship designed for many functions, including search and rescue, port security, fishery patrols, national defense, and drug and migrant interdiction.

“They feature advanced command, control, communications, computers, intelligence, surveillance and reconnaissance equipment; over-the-horizon cutter boat deployment to reach vessels of interest; and improved habitability and seakeeping,” the Coast Guard said in a recent announcement on the ship’s delivery. “The ships have a maximum speed of 28 knots, range of 2,500 nautical miles and endurance of at least a five-day deployment.”

It joins 36 other fast response cutters already in use. There are 12 in Florida; seven in Puerto Rico; four in California; three in Hawaii and New Jersey; two in Alaska, Mississippi and North Carolina; and one in Texas.

“The Coast Guard has ordered 50 of the cutters to date. Future FRC homeports include Santa Rita, Guam; Astoria, Oregon; and Kodiak, Seward and Sitka, Alaska.”