When COVID-19 sidelined 18 members of a Coast Guard cutter crew, cadets stepped in

When 18 crew members on the Coast Guard cutter Munro were sidelined by the coronavirus just before the ship was due to leave on deployment several months ago, the ship’s commanding officer, Capt. Blake Novak, turned to the Coast Guard Academy 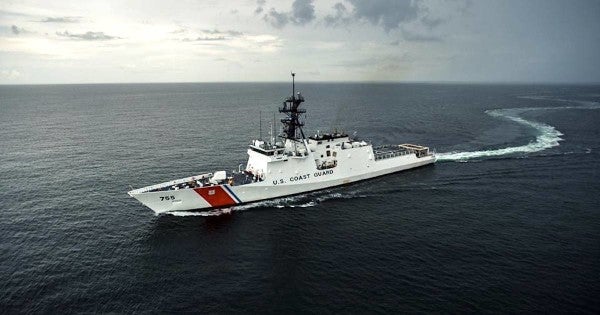 When 18 crew members on the Coast Guard cutter Munro were sidelined by the novel coronavirus (COVID-19) just before the ship was due to leave on deployment several months ago, the ship’s commanding officer, Capt. Blake Novak, turned to the Coast Guard Academy.

The deployment couldn’t be delayed. The Munro needed to get to Alaska because “we were the only ship scheduled to be on the maritime boundary line between the U.S. and Russia to help regulate the fishing industry and ensure border protection for national security,” Novak said.

So he called up Capt. Rick Wester, then the commandant of cadets at the academy, who said he could have a group of third-class cadets ready in less than two days. They had just returned to campus after finishing their first year at the academy remotely from home due to the coronavirus pandemic.

“In the span of three days, we went from being at home to being back at the academy to being in Alameda,” said third-class Cadet Joram Stith, 19, of Pittsburgh, who was among those sent to the Munro.

“They were very green,” Novak said of the third-class cadets. “They were excited and very nervous.”

Novak didn’t need skilled labor — the sidelined crew members were junior enlisted members in the Coast Guard — he needed young people to steer the 4,000-ton ship, serve as lookouts, be line handlers on deck and help out in the galley feeding the crew. And the third-class cadets filled those roles.

“They were essential personnel,” Novak said. “Under normal circumstances, they would’ve arrived to the ship and been extras. In this case, we needed them to do the missions.”

Third-class cadet Branyelle Carillo, 20, of Aberdeen, Md., put it this way: The crew “understood that they needed us and we needed them, so it was more like we worked as a team versus were just here as a summer assignment.”

The third-class cadets joined several first-class cadets, who were already assigned to the Munro as part of their summer training. Fifteen cadets in total — nine women and six men — were sent to the ship, which is based in Alameda, Calif.

The Munro, one of the largest ships in the Coast Guard with a permanent crew of 145 people, returned to Alameda on Sept. 7 following the three month, multi-mission patrol, which began in the Bering Sea in the Northern Pacific Ocean and ended with the Rim of the Pacific Exercise, the world's largest international maritime warfare exercise, in the waters around the Hawaiian Islands.

Some of the cadets’ peers were not afforded the same experience this summer. Given the coronavirus, many assignments were switched at the last minute, and in some cases, cadets reported to ships that were in dry dock undergoing maintenance.

“We were very fortunate to be able to get underway and participate in these missions and see the operational Coast Guard from that perspective,” said first-class Cadet Jordan Park, 21, of Groton.

Related: We salute the badass Coastie who opened fire on a friggin' shark that crashed his crew's swim call