Meet the Coastie who moonlights as a drag performer

"It's like Miley Cyrus and Hannah Montana," Rangel joked. "I just go out there and live my best life." 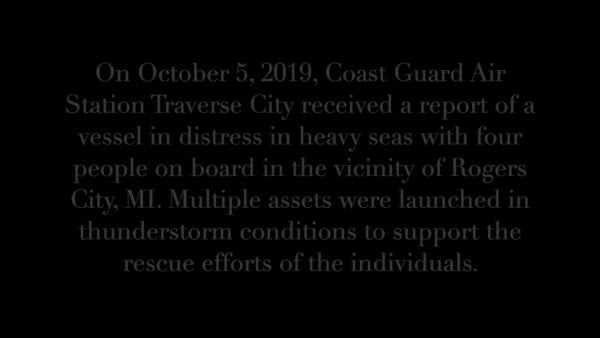 Rangel, born in San Marcos, Tx., was raised by a single mother with three sisters. He didn't want his mother to have to support him after high school, so he honored her and his country by joining the U.S. Air Force in 2012.

He worked as a senior airman in the Knowledge Operations Management field and was in the Air Force reserves for three years. In 2015, he joined the U.S. Coast Guard as an operations specialist and is currently stationed at Fort Wadsworth.

Shortly after joining the Air Force, Rangel came out. At the time, he was 18-years-old and started exploring the gay bar and drag scene in Texas. He remembers the first time he saw male entertainers perform. “I saw these guys with these big medallions and I was like, 'I want a shiny necklace,'” Rangel said with a laugh. He was immediately interested and wanted to learn more about these male performers.

“I love drag for what it is…but I just couldn't do it,'' the 26-year-old St. George resident said. “It's too much makeup. It's too much hair. So, then I saw the male entertainers with their medallions and was like,”Oh, I could just go be me.”

I was always told when I wanted to get into that you need your stage name, so that it's away from your personal life,” Rangel said, referring to keeping his drag life and personal life separate. He finds it easier to juggle each personality when he has two separate identities: Arik Rangel and Arik Cavalli.

A common misconception is that male entertainment is male stripping, but it actually is a form of drag. It has all the same attributes as a drag performance show — the elaborate costumes, extensive set designs, dancing, lip syncing, collection of dollar bills — but instead of dressing as a female impersonator, the male performers still dress as men.

After his second pageant, Mr. Gay San Antonio Latino, Rangel was disappointed in the outcome, and so he took a break from performing. He started supporting other drag artists and decorating costumes for people and he began falling in love with it. He even started his own clothing line, Arik Clothing Co.

In 2018, he decided to give national pageants a shot and registered for the All American Gent pageant. He was the second alternate two years in a row, but hopes to take the crown in 2020.

While drag queens are well-known worldwide, Rangel says male entertainment is big in Texas and other areas in the southern part of the county, but is rare to find in New York. In August 2018, Rangel was crowned king at Mr. Starlite Royalty pageant in Manhattan, a national competition for transgender women, drag artists and men who are at least 18 years old.

He says male entertainment and drag can “take over your life,” because of the competitions and shows, but also because of the preparation time. Rangel buys many of his pageant outfits, but he spends hours adding rhinestones and sequins to them to make them shine. In addition to bedazzling his costumes and using his sewing machine to make clothes and accessories, he also needs time to rehearse.

Rangel's most popular musical numbers are danced to Proud Mary by Tina Tuner and Bohemian Rhapsody/Don't Stop Me Now mashup by Queen. He also often attributes part of his costume, set design, or song choice to his role in the United States military. One of his most used costumes is an American Flag body suit decked out in rhinestones and glitter.

In addition to the pageants, Rangel has performed at the Brooklyn Pride Festival and at Confections Dessert Lounge Drag Bingo on Staten Island.

“It's like Miley Cyrus and Hannah Montana,” Rangel joked. “I just go out there and live my best life.”