Following an 18-month probe into how the Coast Guard responds to complaints of bullying, harassment and retaliation, and a recent congressional hearing on the matter, Democratic U.S. Rep. Bennie Thompson of Mississippi said Congress' work is not over 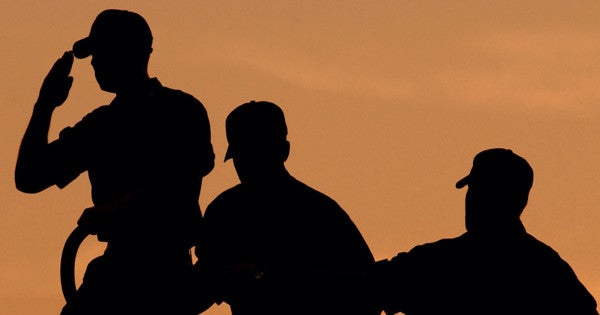 Following an 18-month probe into how the Coast Guard responds to complaints of bullying, harassment and retaliation, and a recent congressional hearing on the matter, Democratic U.S. Rep. Bennie Thompson of Mississippi said Congress' work is not over.

Thompson, chair of the House Committee on Homeland Security, one of two congressional committees that spent more than a year investigating the Coast Guard, said in a recent phone interview that he foresees more hearings and continued congressional oversight.

The committees on Homeland Security and Oversight and Government Reform reviewed thousands of pages of documents, many of which were heavily redacted, from the Coast Guard and multiple interviews with Coast Guard personnel during the investigation. Thompson said more records are forthcoming.

The congressional investigation centered on two cases, one of which was the subject of a December 2018 Department of Homeland Security inspector general report. That case, which has been publicly reported, involved Lt. Cmdr. Kimberly Young-McLear, who, the inspector general found, received low marks on a performance evaluation after she reported bullying and harassment by her superiors, a violation of the Military Whistleblower Protection Act.

Thompson called the Coast Guard the country's “premiere first responders” and said Congress has worked to provide the service with “the equipment necessary to do that good job.”

“But when we have policies being manipulated like this situation, it puts a black eye on the Coast Guard and we need to make sure it's corrected,” he said.

The inspector general report and racial inequities at the Coast Guard Academy identified in a report called the Equity Scorecard, which looked at educational outcomes based on race and ethnicity, prompted Thompson and the late Elijah Cummings, a Democrat who represented Maryland's 7th congressional district and chairman of the oversight committee, to begin investigating the Coast Guard in consultation with U.S. Rep. Joe Courtney, D-2nd District.

They issued seven recommendations in response, including looking into using independent contractors to investigate complaints, ensuring investigators are properly trained, and establishing guidelines for adjudicating complaints based on the findings of an investigation.

Vice Admiral Michael McAllister, who handles human resources for the Coast Guard and the academy, testified at the Dec. 11 congressional hearing that the “Coast Guard is focused on diversity and inclusion, and I share the commandant's commitment to championing and maintaining an inclusive organizational climate where everyone feels safe, valued and respected.”

McAllister detailed the Coast Guard's response to the inspector general report and Equity Scorecard, saying there's been improved oversight at the academy, which he said has the most diverse student body in the institution's 150-year history, through the creation of several new positions.

A task force was put in place under the prior superintendent, now retired Rear Adm. James Rendon, to address the findings of the Equity Scorecard and to implement the report's recommendations.

The Coast Guard overall also has made a number of changes to its policies and procedures regarding harassment, hate, hazing, and bullying investigations, and further training.

“When reports and allegations of harassment, bullying and retaliation are made, the service is dedicated to a swift, professional and thorough response. As programs mature and cases become more complex, the Coast Guard has adjusted protocol, policies and training to ensure that it is as responsive as possible,” McAllister said.