CAMP PENDLETON — The military prosecution of a Coast Guardsman accused of murder began Wednesday with a preliminary hearing at... 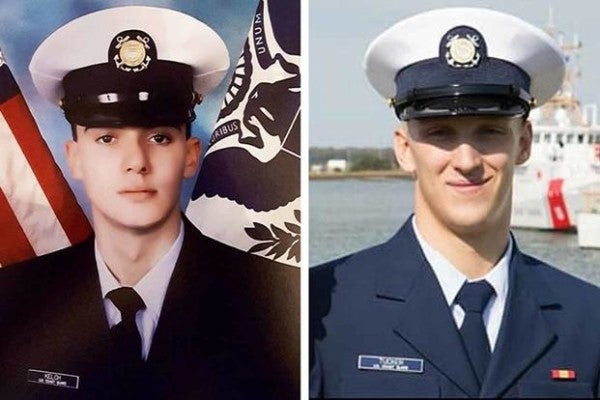 CAMP PENDLETON — The military prosecution of a Coast Guardsman accused of murder began Wednesday with a preliminary hearing at Marine Corps Base Camp Pendleton.

Tucker is charged with murder, involuntary manslaughter, aggravated assault, maiming, obstructing justice and making false official statements. Tucker has denied the charges but will not enter a plea unless the case is recommended for a general court-martial.

At Wednesday's Article 32 hearing — the military equivalent of a grand jury — military prosecutors said evidence and witness statements support their theory that Tucker “choked-out” and punched Kelch during a night of heavy drinking on an Alaskan beach on Jan. 26. Both men were under the legal drinking age at the time.

Believing Kelch was already dead, Tucker dragged him to the water where he left him facedown, prosecutors said. Kelch drowned.

Prosecutors said a third man, Coast Guard Seaman Trevin Hunter, witnessed Tucker put Kelch in a choke hold. According to prosecutors, Hunter saw both men fall and Kelch struck his head on the edge of a Conex shipping container, which was near the beach where his body was eventually found on Jan. 27.

Lt. Sara Gluckler, a Coast Guard prosecutor, told the court there is enough evidence in the investigative report to proceed to court-martial.

Navy Cmdr. Justin Henderson, Tucker's attorney, painted a different picture of what happened that night. The defense argued that Kelch often became belligerent when drinking and, on that night, he kept trying to “go for a swim” in the frigid waters off Amaknak Island.

“We will present evidence that Seaman Kelch was trying to, for whatever reason, go for a swim, and the other two were trying to grab him and pull him out for about half an hour,” Henderson said after the hearing. He said a series of Snapchat videos recorded by Hunter show Tucker trying to keep Kelch out of the water before Tucker collapsed, exhausted and intoxicated.

The videos were not played in court. Henderson said the three men together had downed a single bottle of whiskey, R&R Reserve.

He said four first responders found Tucker the next morning passed out about 200 yards down the beach from where Kelch's body was later found.

According to the charge sheet, Tucker allegedly injured his hand in the attack but told investigators it was a result of “punching a steel bulkhead after learning of (Kelch's) death.”

Tucker did not make a statement in court other than to respond to procedural questions from the hearing officer, Coast Guard Lt. Cmdr. Benedict Gullo. Tucker did not look at autopsy photos shown in court.

Dr. Cristin Rolf, the Anchorage chief medical examiner who performed Kelch's autopsy, testified over the phone that she believed Kelch drowned, saying none of the injuries to his head appeared to be fatal.

Gullo will prepare non-binding recommendations about which charges should go forward for the convening authority, Vice Adm. Linda Fagan, the Coast Guard's Pacific Area commander, who will then decide if there will be a court-martial.

Henderson said he is working to get Tucker freed from the Miramar brig, where he has been held since his August arrest. He said Tucker is devastated by the loss of his “best bud.”

Lt. Cmdr. Anthony DeStefano, a Coast Guard legal spokesman, declined to comment on the specifics of the case but said the service was committed protecting the rights of the accused.

“We're committed to uncovering the truth and pursuing justice,” he said.

It is unclear when Fagan will determine whether the case proceeds to trial. Officials indicated a decision could come in a few weeks.