U.S. Coast Guard cutter Bertholf left California on January 20 for a months-long mission in the Pacific to support U.S.... 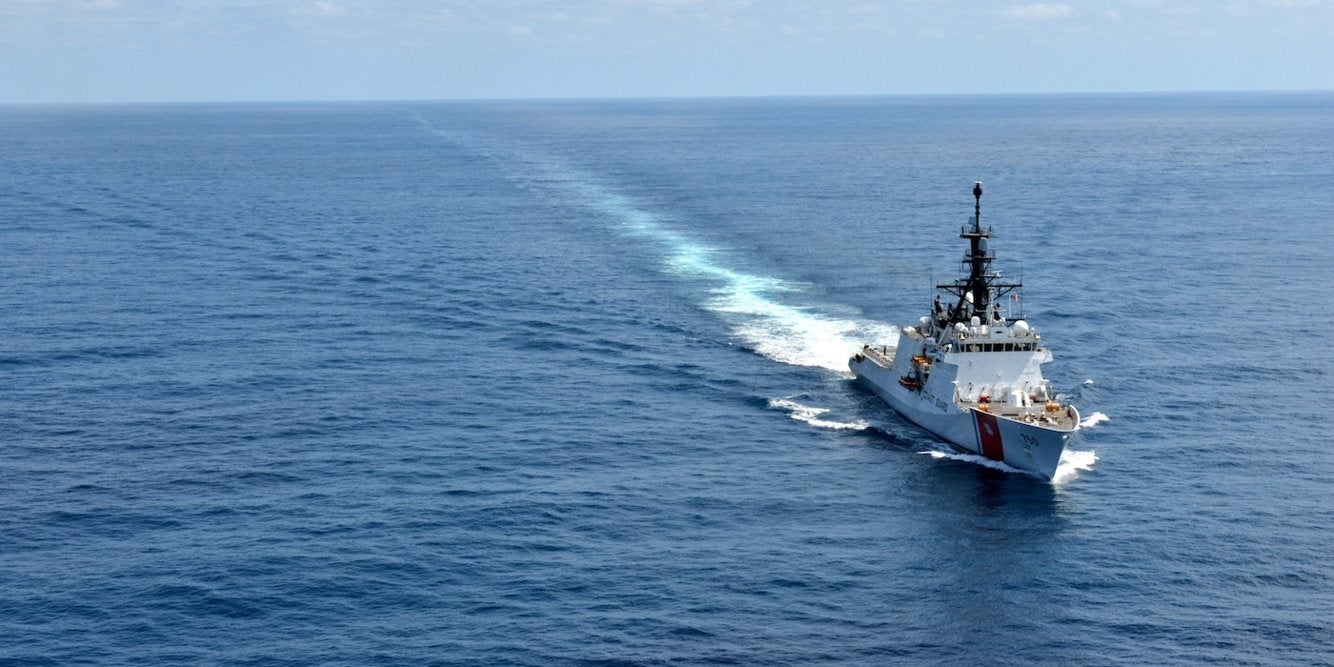 U.S. Coast Guard cutter Bertholf left California on January 20 for a months-long mission in the Pacific to support U.S. Indo-Pacific Command, the largest of the U.S. military's geographic combatant commands.

Coast Guardsmen aboard the Bertholf left Alameda on the 30th day of what is now the longest government shutdown in U.S. history. They left a few days after not getting their first paycheck since that shutdown started and without knowing when the next will come.

Like other U.S. military branches, the Coast Guard has continued operations during the shutdown that began December 21. Some 41,000 active-duty Coast Guard personnel and about 1,300 civilian employees are still working.

Unlike other military branches, which are part of the fully funded Defense Department, the Coast Guard is part of the Homeland Security Department, funding for which was not approved before the shutdown, which was prompted by a dispute between President Donald Trump and Congress over money Trump wants for a wall on the U.S.-Mexico border.

Many operations related to live-saving or national security, like the Bertholf's deployment, have continued, but other activities — routine patrols, safety boardings, issuance and renewal of licenses — have been curtailed.

The service didn't have funds to send its latest boot-camp graduates, who graduated January 18, to their new assignments.

The Coast Guard and Homeland Security officials were able to move money around to ensure personnel were paid on December 31, but they are unable to repeat that maneuver, and the January 15 payday passed without a check for Coast Guard personnel.

“To the best of my knowledge, this marks the first time in our nation's history that service members in a U.S. armed force have not been paid during a lapse in government appropriations,” Coast Guard commandant Adm. Karl Schultz said in a January 15 letter to service members.

If the shutdown lasts into late January, some 50,000 retired Coast Guard members and civilians will likely go unpaid.

Base pay for the more than 14,000 junior members of the Coast Guard who make up about one-third of the active-duty force is at or just below the poverty level, three retired Coast Guard master chief petty officers wrote in a January 18 op-ed. “Most of these members do not have the resources to go without pay over any extended period of time.”

Efforts to help and expressions of support for Coast Guard members and their families have sprung up all over the country.

In New London, Connecticut, home to the U.S. Coast Guard Academy and officially designated as a Coast Guard City, residents have set up food pantries and spread information about other kinds of support. Local businesses have offered discounts, and utilities have waived late fees.

But city relies on the roughly 1,000 people in the Coast Guard's workforce there and the 1,000 cadets in the academy.

In Kodiak, Alaska, residents rely on the Coast Guard for economic activity and for support living and working in one of the world's most dangerous waterways, where fishing is a major enterprise.

Locals have donated fish and game to their neighbors. Some businesses are offering discounts to Coast Guard members and families; others are giving customers i.o.u.s instead of bills, according to The New York Times.

“I think it's important that the people in the faraway land DC understand what's going on in a small town,” Mayor Patricia Branson told The Times. “And how people are affected by all this nonsense.”

The Coast Guard itself has been able to offer some support.

In a January 18 letter, vice commandant Adm. Charles Ray said Coast Guard Mutual Assistance, an independent nonprofit charitable organization that serves the Coast Guard, had expanded limits for interest-free loans and that all active-duty and civilian employees are now eligible.

Ray also said Coast Guard child-development centers “have deferred payment and suspended collection on delinquent accounts” for civilian and military members affected by the shutdown.Ray's letter sounded a note of caution about housing, saying the Coast Guard was working with the Defense Department “to notify all privatized government housing sites that Coast Guard allotments will not be available until funding is restored.”

“However, the government does not have the authority to suspend or delay payments for these privatized contracts,” the letter adds. “We recommend providing the 'letter to creditors' available on the [Coast Guard] website to your housing manager that encourages flexibility until this situation is resolved.”

Some measures have been introduced to Congress that would ensure funding for the Coast Guard despite the shutdown, but those bills still need to pass both houses and be approved by the White House.

A week before the Bertholf left Alameda, more than 600 service members, including 168 families, gathered there for a giveaway organized by the East Bay Coast Guard Spouses Club, with everything from fresh fruit to diapers.

“It's worrisome. I have to put food in my family's belly,” Coast Guard mechanic Kyle Turcott, who is working without pay, said at the Alameda event.

Alameda is homeport for four of the Coast Guard's 418-foot national-security cutters, which carry a crew of about 110.

“I know it is hard for these crews to be leaving behind their dependents and spouses. It's a thousand times more so when everyone is wondering when their next paycheck will be and how they can support” family left behind, Vice Adm. Linda Fagan, commander of the Coast Guard Pacific Area, said in the video release.

“There's been an incredible outpouring of support for the families here in the Alameda region. The tension and the anxiety for the crew is real,” Fagan said. “We stand by to help support those families that are left behind the same way that we're going to support the crew as they sail for the western Pacific.”

WATCH NEXT: The Coast Guard Has Better Snipers Than The Marine Corps