Police alleged he threatened to shoot central dispatchers and then drove nearly 50 miles to threaten staff at a U.S. Coast Guard station 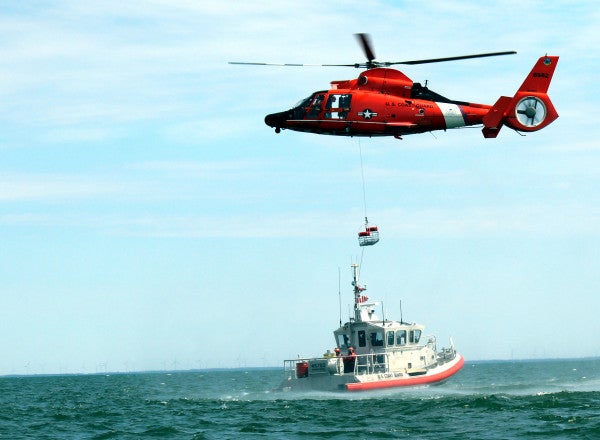 HAMPTON TWP, MI — A Michigan man has been charged with four felonies, with police alleging he threatened to shoot central dispatchers and then drove nearly 50 miles to threaten staff at a U.S. Coast Guard station.

The incident began at 7:58 a.m. on Sunday, May 17, when Arenac County Central Dispatch received a call from 70-year-old Jesse T. McFadden, who said he was going to come shoot up staff there and “to quarantine them,” said Hampton Township Police Lt. Michael Wedding. McFadden also said he was going to a Standish hospital to shoot out the power and demand keys to ambulances, Wedding said.

McFadden went on to say he was going to the U.S. Coast Guard Station Saginaw River in Bay County to get a helicopter or a boat, Wedding said.

Arenac County Central Dispatch passed on the information to area police, adding McFadden was believed to be driving a black Ford Explorer. Dispatchers also told police McFadden may have been a former Michigan Militia member who could have machine guns or an M-16 with him, Wedding said.

“This heightened everything,” Wedding said.

At 10:37 a.m., McFadden arrived at the Coast Guard station at 2405 Weadock Highway in Essexville and tried punching in a code at their locked gate. Unable to gain entry, McFadden had a conversation through a speaker with personnel inside and threatened to ram the gate, Wedding said.

McFadden eventually drove away from the military base.

Shortly, police from numerous agencies converged at McLaren Bay Region hospital in Bay City after a vehicle matching the description of McFadden’s was spotted there. Officers soon determined that vehicle was not in fact McFadden’s.

At 11:17 a.m., a Michigan State Police trooper spotted a black Ford Explorer parked at the Speedway gas station at 1504 Center Ave. in Hampton Township. Its driver’s side door was open and its engine was still running, Wedding said.

Troopers, Bay County Sheriff’s deputies, and Hampton Township and Essexville public safety officers converged in the parking lot. A few moments later, McFadden exited the store and was stopped by a trooper, who engaged in him in conversation.

As the two spoke, Wedding snuck around to the passenger side of McFadden’s Ford, opened that door, and turned off the ignition. In the passenger seat beneath a black leather jacket was a .12-gauge Mossberg shotgun, the barrel pointed toward the floorboard and the stock upright, Wedding said.

“He could have literally grabbed it with one hand, pulled it up, and come out shooting,” Wedding said. “We were very fortunate he happened to walk into that store for two minutes.”

Once McFadden saw Wedding had the gun, he slapped the forearm of the trooper he was talking with and pushed him away. An Essexville officer then pulled his Taser and deployed it, though one of the barbs struck a button and rendered the jolt ineffective.

McFadden then swung at the officer before several more took him to the ground and managed to get him in handcuffs and arrest him.

“He was swearing at us the whole time,” Wedding said.

Police found no other weapons on McFadden or in the vehicle. They did find some prescription medication and marijuana, Wedding said.

McFadden told police he had the gun for skeet shooting. The shotgun had been loaded with five shells, Wedding said.

McFadden on Monday, May 18, appeared in Bay County District Court for arraignment on three counts of assaulting, resisting, or obstructing police and one count of transporting a loaded firearm in a motor vehicle. Both charges are two-year felonies.

Arraigning Chief District Judge Dawn A. Klida freed McFadden on a personal recognizance bond and scheduled his case for a settlement conference on May 29.