'We normalized a culture overly focused on mission accomplishment, causing a lapse in ... strict adherence to standards." 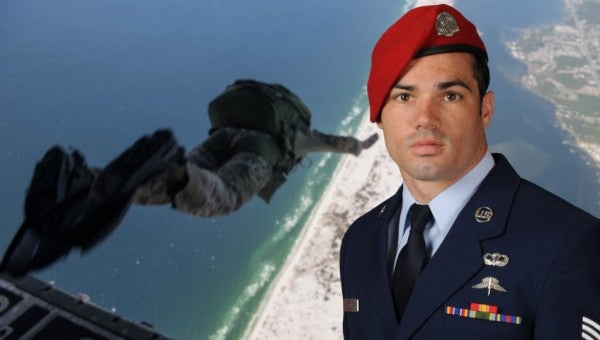 HURLBURT FIELD — The 29-year-old Air Force Special Tactics jumpmaster who was pulled out of a C-130 combat aircraft over the Gulf of Mexico late last year was likely dead before he hit the water, according to the president of the accident investigation board that probed the incident.

Injuries sustained by Condiff when his body slammed into a doorframe on the right side of the aircraft likely were fatal, according to Maj. Gen. L. Kip Clark, senior Air National Guard adviser to Air Force Special Operations Command (AFSOC) and president of the Accident Investigation Board (AIB) convened by the Air Force.

In the board's 43-page report, which he signed on March 6 of this year, Clark wrote that Condiff “hit the (right side) aft doorframe with enough force that his equipment dented and scratched the metal door track guard. The preponderance of the evidence indicates (Condiff) sustained fatal injuries during impact with the aircraft.”

Related: Special tactics airman who fell from a C-130 was dedicated to 'God, our freedoms, peace, and his family'

Also according to the AIB report, insufficient knowledge of procedures and requirements for safe static-line parachute operations — the mechanical opening of a parachute as a jumper leaves an aircraft — were major factors in Condiff's death.

Additionally, the AIB report concluded that there was “insufficient command oversight” of the friendly competition among Special Tactics airmen in which the incident occurred.

Condiff landed in the Gulf of Mexico with both his reserve parachute and his main parachute deployed, according to the AIB report. With the deployed parachutes and other gear, Condiff likely submerged within minutes of hitting the water, Clark concluded. There were reports that Condiff was seen floating for some time after hitting the water, but those reports might have confused marine life in the area for the downed airman.

According to an AFSOC news release, the AIB report “found Condiff's parachute deployed because it was improperly configured — a direct result of the participating jumpmasters' insufficient procedural knowledge.”

Clark “also found widespread misunderstanding of the regulatory requirements for safe static-line parachute operations, which he attributed to a training deficiency within the 24 SOW (the Hurlburt Field-headquartered 24th Special Operations Wing, of which Condiff's unit, the 23rd Special Tactics Squadron, is a part).”

More specifically, the report itself addresses the special inserts and side tuck tabs that are a part of the T-11R reserve parachute tht Condiff and other jumpers were wearing and whose improper configuration contributed to the fatal mishap.

In the report, Clark concludes that Condiff's “unsafe T-11R configuration was the direct result of a lack of (jumpmaster) procedural knowledge within the 24 SOW and subordinate units on the T-11R Reserve inserts and side tuck-tabs.”

Clark also noted that a jumpmaster instructor aboard the aircraft “did not call attention to the loose material on (Condiff's) left side tuck tab … (and) did not follow regulatory guidance and place T11R inserts into (Condiff's) T-11R top and bottom tuck tab pockets. Instead, he left the task to (Condiff) to accomplish himself.”

And, the report noted, Condiff was not the only airman aboard the aircraft with an improperly configured parachute. The report notes that “photographic evidence shows several (jumpmasters) performing duties in the door with incorrect or missing T-11R tuck tab inserts.”

The 43-page report goes on to note that none of the jumpers aboard the aircraft were wearing life preservers, as is required by Air Force regulations for flights over water, although the need for having life preservers available to jumpers and aircrew members was noted in preparations for the competition among Special Tactics units from across the country.

There is evidence, according to the report, that pararescue airmen aboard the plane at least began an attempt to go after Condiff, but lost time in that effort as they had to take off their parachute equipment in order to put on the life preservers being worn by members of the flight crew and then put their jump gear on again.

Additionally, according to the report, the pilot of the aircraft would not authorize the pararescue airmen to go into the water. In any event, Clark notes that any rescue jump would have been ill-advised.

“It is my opinion that it was an unrealistic expectation to perform a rescue jump close enough to (Condiff's) location in the water in time to recover (Condiff) before he submerged,” Clark wrote.

An Accident Investigation Board report released last month in connection with Kraines' death indicated that he died after a component of an anchoring system pulled loose, pulling Kraines off a ledge to his death 63 feet below at the base of the cliff.

In the wake of the two incidents, the command teams (the commander and chief enlisted leader) of two units associated with the fatal mishaps were relieved of those duties, according to Maj. Amanda Reeves, chief of AFSOC public affairs operations.

In response to the deaths, AFSOC commander Lt. Gen. Jim Slife suspended the command's parachuting, diving and mountaineering activities on Dec. 3 of last year in order to conduct a comprehensive review of all aspects of that specialized training. By early May of this year, all of that training had resumed.

According to AFSOC's Monday news release, the review “identified a number of issues related to in-garrison training practices and standards which reached beyond the 24 SOW and affected all of AFSOC.”

According to Slife, a culture in AFSOC that was focused on accomplishing missions over other aspects of AFSOC operations, resulted in lapses in adherence to standards and the rigor of training, a factor in U.S. special operations since the Sept. 11, 2001, terrorist attacks on the United States.

“It is apparent that these losses are a tragic consequence of a culture shaped by the demands of the last 20 years,” Slife said in the news release. “Across AFSOC, we normalized a culture overly focused on mission accomplishment, causing a lapse in training rigor, strict adherence to standards, and vigorous oversight of high-risk activities at all command echelons.”

“Our Airmen have always found a way to do what we've asked of them,” Slife said in the Monday news release. “It is our responsibility now to improve how we resource and develop them in order to remove as much risk from their missions as possible.”