A sudden lurch left by the guided-missile destroyer John S. McCain shortly before dawn on Aug. 21 put it on... 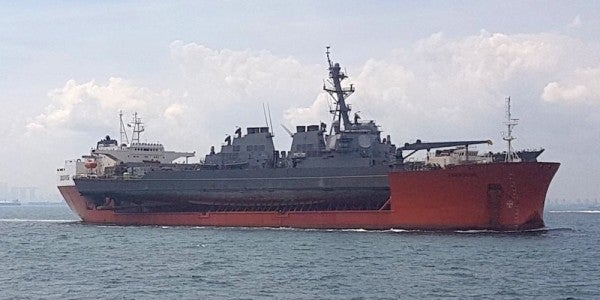