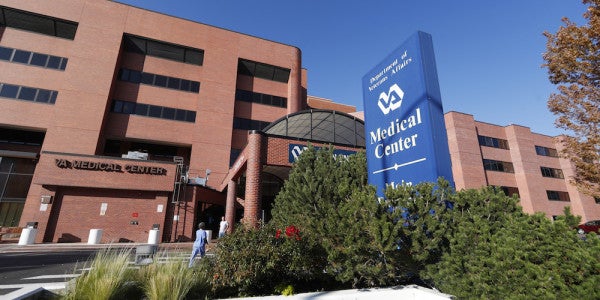 A new federal investigation revealed Thursday that VA officials in Colorado broke agency rules by using an off-the-books system to track patients who wanted mental-health therapy — a violation that caused veterans to wait for care and one that recalls past abuses by the U.S. Department of Veterans Affairs.

Investigators with the VA’s internal watchdog found that in three separate facilities — Denver, Golden and Colorado Springs — agency officials did not follow proper protocol when keeping tabs on patients who sought referrals for treatment of conditions such as post-traumatic stress disorder.

The practice hindered proper oversight and made it possible for Colorado veterans to fall through the cracks, wrote officials with the VA Office of Inspector General, which examined care at the facilities between October 2015 and September 2016.

“Facility and mental health managers did not have access to accurate wait-time data to help make informed staffing decisions and did not have assurance that all requests for care were adequately addressed,” they wrote.

One big unknown — even now — is the number of cases affected by the VA’s improper record-keeping. The closest that investigators were able to come to that figure was the acknowledgment that there were 3,775 individual entries on the unofficial referral list for group therapy.

But even that figure lacked context.

“Since these lists did not always document adequate patient identifying information or request dates, the OIG could not reliably determine if the lists were complete with all veterans requesting care, how long veterans had been waiting for care, or if care had been provided,” the investigators noted.

Oftentimes, group therapy and other mental-health treatment are critical to a patient’s well-being.

“These therapies can promote significant improvement in symptoms and recovery for many veterans,” noted the report, which cited examples such as “anxiety management.”

The use of off-the-books records by VA officials in Colorado recalls one of the biggest VA scandals in recent memory — the use of secret wait lists in Phoenix, where at least 35 veterans died while awaiting medical care.

As part of the inquiry, the OIG looked at whether VA officials in Colorado falsified records in the aftermath of a patient suicide, but determined there was “insufficient evidence” to support that claim.

In that case, they noted there was a delay in scheduling treatment for post-traumatic stress but that “the veteran was otherwise actively engaged in mental health care at the facility” in Colorado Springs.

A top local VA official pushed back at the suggestion that the agency was using a secret list to track patient treatment.

The VA’s Eastern Colorado Health Care System began using “interest trackers” in January 2015 “to gauge potential demand for a variety of mental health groups among veterans who were already receiving therapy from a VA medical provider,” director Sallie Houser-Hanfelder said in a statement to The Denver Post.

“The intent of the interest trackers was to allow mental health providers to accumulate an adequate number of appropriate patients in order to begin group therapy,” she said. “Since then, it has become clear that the practice of interest trackers is not permitted by VA scheduling policy.”

She said ECHCS stopped using the system and retrained its mental-health staff within 60 days of being flagged of the violation.

“All veterans on the interest trackers were reviewed by a mental health provider to ensure the specific therapy they were interested in was completed, scheduled, added to the electronic wait list or discontinued if the veteran was no longer interested,” Houser-Hanfelder said.

The whistleblower in the case — Brian Smothers — said the the problems found in Colorado reach across the VA system.

“I will restate that the OIG met with me, in person, a year ago, at the VA, and told me that they found that every PTSD clinic in the United States was using (unapproved software) to maintain a second set of books, a prohibited wait list for mental health treatment,” Smothers said in an email to The Post on Thursday. “And then the OIG failed to investigate this, or they forgot to mention this in their report.”

Smothers worked on the VA’s PTSD support team in Denver and said he resigned in November 2016 after he was retaliated against for speaking up.

The VA knew its wait-list approach was wrong but continued using it anyway, he said. The OIG assertion that they were used in error “is not true,” Smothers said.

Watchdogs at the VA pursued the case in earnest after prompting from lawmakers such as U.S. Sen. Cory Gardner, R-Colo.

In a statement, he said the findings confirmed his “worst fears.”

“It highlights even more VA mismanagement and lack of accountability in Colorado,” Gardner said in the statement. “This cannot happen again, and it’s time for the VA to finally wake up and ensure our men and women are getting the best care possible.”

The OIG report comes just four months after ­The Denver Post revealed that wait times for medical appointments at veterans facilities in eastern Colorado and the Denver area were among the worst in the nation.

Primary care appointments at the Denver VA Medical Center had grown to more than three times higher than those at the main VA facility in Phoenix – where a national scandal over wait times and secret wait lists erupted in 2014.

Local VA officials pegged part of the problem on a critical shortage of physicians and anesthesiologists, which they most recently said were approved for higher pay to solve the shortage.