Iraq War veteran Jason McDonald knows what a 400-pound improvised explosive device sounds like when it's hit. He also knows... 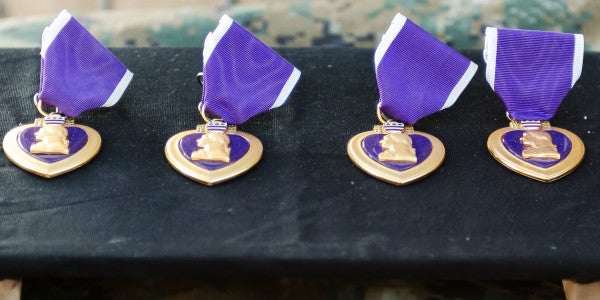 Iraq War veteran Jason McDonald knows what a 400-pound improvised explosive device sounds like when it's hit. He also knows what abject fear feels like and what death smells like.

But the pain that lingers for the former Army staff sergeant who served five tours in Iraq has taken a back seat to the anguish he says he's now experiencing.

McDonald, 36, says he was improperly evicted from an apartment complex in Colorado Springs, and now his service and commendation medals, three military uniforms, a snowboard with a photo of a buddy who died in combat, a breathing machine for sleep apnea and other possessions are gone.

“It's upsetting, I can tell you that,” McDonald says quietly, shaking his head.

RELATED: The war on veteran homelessness might be winnable »

McDonald served 17 years in the military, first in the Marines and then in the Army, where he worked all aspects of armory, from driving a tank to being the gunner. He was medically retired from the Army in March 2014.

As a civilian contractor at Fort Carson, McDonald now works as a computer operator technician at a downrange training area. He also receives treatment for post-traumatic stress disorder and traumatic brain injury.

McDonald takes responsibility for setting the situation in motion but believes it was handled unjustly.

According to emails the apartment complex business manager sent to McDonald after the eviction, the company believes it did everything right.

McDonald moved to Ridgeview Place Apartments near North Academy Boulevard and North Carefree Circle in October, after he and his wife, Molly, had separated.

The couple reconciled, and in March, McDonald started living back at home with his wife and 6-year-old son.

McDonald said his intention was to keep making payments on the rental unit and honor the remainder of the lease, which was to end June 30. He started moving his stuff “a little at a time,” and said he stopped by the apartment once a week to pick up mail and check on things.

But he was late with the May 1 rent.

“Their computer site was down; I couldn't get online to pay it,” he said.

McDonald said he forgot to go back online and pay.

“I don't remember things unless I do them right away,” he said.

McDonald said he had no idea.

He said he never received an eviction notice or calls about an eviction. He said he doesn't get a cellphone signal where he works and didn't see anything left on his door.

The El Paso County Sheriff's Office has no record of serving an eviction notice to the address at the complex where McDonald was living, said spokeswoman Jackie Kirby.

The Sheriff's Office only responds to court orders when delivering an eviction notice, she said.

Court records show that a summons for McDonald to appear in court failed to be served May 16, with the deliverer receiving no answer at the door of McDonald's apartment.

In an email sent to McDonald and dated June 7, Ridgeview Place business manager Jodi Barkley said she had a picture of a “thick stack of notices” on McDonald's door.

Barkley would not speak to The Gazette.

The complex was granted possession of the apartment “due to the lack of food and personal hygiene items” in the apartment, along with “the stack of notices” on the door and “the zero communication from you that you had skipped and vacated the apartment,” the email stated.

McDonald contends he found no notices on his door and that he “did have bathroom belongings and food” in the apartment.

McDonald said when he realized he hadn't paid for May, he made a full payment. He said the complex did not process the payment for nearly a week, and by then, it was too late.

Court documents show the complex took possession of the apartment after McDonald failed to appear in court May 24.

McDonald went to the apartment May 25, intending to clean it. His key still worked in the lock, and when he went in, he said the apartment had been painted, and his possessions were gone. He said there was a note on the door to see the office about his belongings.

“How could they take possession of the apartment and my key still worked,” he said. Barkley said in the email to McDonald that his items had been put on the curb and in a Dumpster, and she did not know anything else about their whereabouts.

“How could you throw away military medals?” Molly McDonald said. “How could you look at that snowboard and not know it was a sentimental object? I'm sick to my stomach. The worst thing is our son won't get the medals handed down to him now.”

The complex did save karate-related awards and equipment, Barkley noted.

McDonald said a friend who works at the complex salvaged some clothes from the pile that apparently was on the curb, but told McDonald that the snowboard and military medals were not among the items.

“This was done incorrectly,” Molly McDonald said, questioning the relatively short time it took for the entire process.

Laura Nelson, executive director of the Apartment Association of Southern Colorado, said the process normally takes 30 to 45 days but said that landlords can handle evictions in different ways and do not necessarily have to have a Sheriff's Office representative serve an eviction notice.

Landlords also have the right to dispose of unclaimed possessions.

Lincoln Property is a large management company, Nelson said, and the Ridgeview Place complex is a member of her association, which represents the interests of rental property owners and managers.

Gazette attempts to connect by phone with a regional manager from Lincoln Property were not successful.

“They can't talk about specifics of a person's eviction because that's disparaging,” she said. “But consumers can say anything they want about an apartment community.”

Nelson said she finds it hard to believe that McDonald didn't realize what was happening.

“He should have received ample notice,” she said, speaking generally not specifically about McDonald's situation. “Typically, large companies have protocol they follow. It's an unfortunate circumstance.”

“I'm in shock about what happened,” he said.

McDonald is most proud of the medal he received for a battle in Sadr City, in Baghdad, Iraq, during an intense battle.

He's sad about losing the tribute snowboard, which had a picture of him snowboarding with his deceased combat friend, their favorite pastime.

Molly McDonald says she's been checking pawnshops and Craigslist for the mementos.

“We don't want this to happen to anyone else,” the McDonalds said, almost in unison.