Colt is no longer selling the AR-15 to civilians, but it has nothing to do with gun control

When Colt announced it would stop producing its AR-15 semiautomatic rifle for sale to the general public to focus on handguns and military production, some gun-control advocates declared victory, saying the move would help limit the availability of assault weapons in the U.S. — but the evidence indicates their celebrations are probably premature 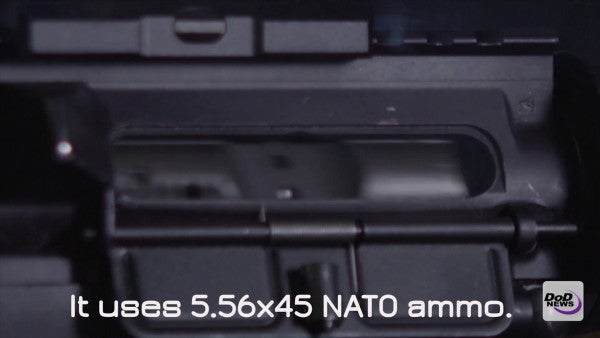 Editor's Note: This article originally appeared on The Conversation

When the Colt gun manufacturing corporation announced in September that it would stop producing its AR-15 semiautomatic rifle for sale to the general public — to focus on handguns and military production —some gun-control advocates declared victory, saying the move would help limit the availability of assault weapons in the U.S.

In fact, the evidence indicates their celebrations are probably premature.

Colt has said that it didn't act as a result of political or popular pressure, but rather because the company has so many contracts with military and police agencies that it doesn't have capacity to make rifles for the civilian market. In addition, a number of other companies make rifles similar to AR-15s and are selling plenty of them to the public. An industry trade group estimates that more than 16 million of them are owned by U.S. citizens.

The gunmaker's move is, therefore, a tacit acknowledgment of how prevalent AR-15s and comparable weapons are in the U.S. It's not a response to concerns that too many of them are potentially available to would-be mass shooters.

In this Aug. 15, 2012 file photo, three variations of the AR-15 rifle are displayed at the California Department of Justice in Sacramento, Calif. On Sept. 19, 2019, Connecticut-based Colt Firearms said it was suspending production of its version of the AR-15 for the civilian market(Associated Press/Rich Pedroncelli)

Colt's AR-15 is a close cousin of military rifles such as the M-16 and M-4. All are relatively lightweight, powerful and capable of accommodating large ammunition magazines, typically containing 30 rounds. The more ammunition, the more rounds a shooter can fire quickly before having to stop and reload.

Unlike the military variants, which can unleash short bursts or a stream of bullets with each trigger pull, AR-15s and other civilian large-capacity rifles fire only a single shot at a time. They are classified as semiautomatic because they automatically reload, but the shooter has to pull the trigger each time he wants the gun to fire.

Colt's AR-15 patents expired decades ago, and today there are numerous imitations available. They're often referred to generically as “AR-15-style” rifles or assault weapons. It's also legal and relatively easy in more than 40 states to buy semiautomatic variants of other large-capacity military-style weapons, such as the AK-47, originally a Soviet design.

It's possible that by suspending AR-15 sales, Colt hopes to distance itself from the carnage connected to the use of assault weapons. More likely, though, the company is still recovering from its bankruptcy proceedings in 2015 and 2016, and wanted to drop an unprofitable product line, which it refers to as “modern sporting rifles.”

Not a matter of ideology

The company's announcement of the change made no reference to mass shootings and went out of its way to say Colt remains “committed to the Second Amendment,” which guarantees Americans' right to bear arms. Colt CEO Dennis Veilleux's reasoning was clear in his statement that “the market for modern sporting rifles has experienced significant excess manufacturing capacity” and as a result, “there is adequate supply of modern sporting rifles for the foreseeable future.”

The National Rifle Association's “Shooting Illustrated” blog said some gun owners assumed Colt's “halt in civilian rifle production had anti-gun motives.” But the NRA said the problem was lack of consumer demand for Colt-made AR-15s, which were often hundreds of dollars more expensive than similar models from other companies. Colt noted that the company will continue to focus on civilian handguns and military rifles.

From the evidence, it appears Colt's decision was different from other corporations' actions, which clearly responded to concerns about mass shootings.

Walmart, for example, stopped selling military-style rifles in 2015. In August 2019, after a shooter with an AK-47-style rifle massacred 22 people at an El Paso Walmart, company CEO Doug McMillon urged Congress to consider restoring an assault-weapons ban that was in effect from 1994 through 2004. Walmart isn't the only major gun seller recently to limit sales of certain firearms. Dick's Sporting Goods stopped selling military-style semiautomatic rifles and large-capacity magazines in 2018.

Colt's retreat on the AR-15 should not be seen as a signal of a breakthrough in the gun debate or a change of heart within the firearm industry. Sales of new Colt-made AR-15s may come to an end, but there are plenty of assault weapons available to the public, among whom may be potential mass shooters.

Paul M. Barrett is the deputy director of the Center for Business and Human Rights at the Stern School of Business and an adjunct professor of law at New York University. This article is republished from The Conversation under a Creative Commons license. Read the original article.