A new bill would give troops with infertility related to their military service greater access to advanced reproductive treatments, including up to three completed cycles of in vitro fertilization, or IVF, and cryopreservation of eggs and sperm for those heading to a combat zone 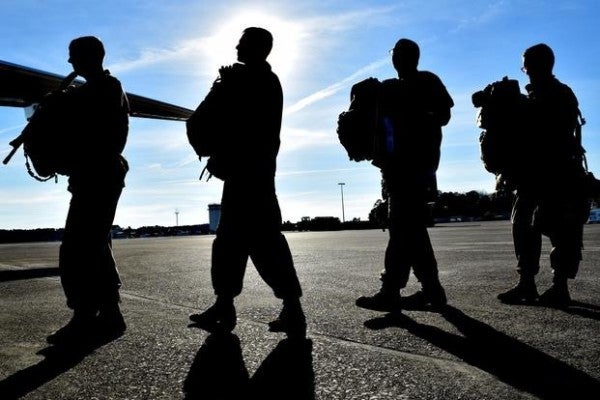 A new bill would give troops with infertility related to their military service greater access to advanced reproductive treatments, including up to three completed cycles of in vitro fertilization, or IVF, and cryopreservation of eggs and sperm for those heading to a combat zone.

Having succeeded in passing legislation in 2016 that gave seriously wounded veterans access to advanced fertility services within the Department of Veterans Affairs, Sen. Patty Murray, D-Washington, introduced legislation last month that would require the Defense Department to provide similar treatments, such as IVF and access to egg and sperm donation services, as well as use of surrogates to wounded, ill or injured service members whose infertility is related to military service.

The proposed Women Veterans and Families Health Services bill, S. 319, also would require the DoD to provide troops the option to freeze their eggs and sperm prior to deployment to a combat zone and store the specimens up to a year after leaving military service.

It also would require the Pentagon to establish a policy for retrieving eggs or sperm from seriously injured service members whose fertility or lives are at risk as a result of a wound or illness. This would allow the gametes to be used later by the service member's family to have a child, if directed by the service member in advance.

If approved, the legislation would revive an initiative announced in 2016 by former Defense Secretary Ash Carter, who included cryopreservation of gametes in a series of personnel initiatives known as the “Force of the Future.”

Carter promised a pilot preservation program as well as a possible expansion of the DoD's provision and coverage of fertility services, arguing that the benefits would give deploying troops peace of mind and allow female service members greater flexibility in deciding when to have children. The policy could allow women in uniform to preserve their eggs in their younger years and use them later, when they are less likely to conceive naturally.

While the Force of the Future fertility benefits were lauded by advocacy groups, troops and military spouses, the $57 million proposal for a two-year pilot went unfunded and was placed on hold in July 2016. It was canceled in December 2017, never having gotten off the ground.

The Defense Department covers fertility services such as hormone treatments, diagnostic services, corrective surgery for infertility related to a physical condition and erectile dysfunction care. But it pays for IVF only under certain circumstances, providing it to service members who have experienced a urogenital trauma or had cancer treatments that can cause infertility, to include cryopreservation and storage until procedures can be undertaken.

IVF also is available at six military treatment facilities at an average cost of $5,000 per cycle for service members and their families whose infertility is not directly related to a combat injury.

For years, advocates have called for improved fertility benefits for troops as well as policies that would require military doctors to automatically retrieve sperm — or eggs — in troops that receive injuries to the groin if timing allows.

Since 2010, the United Kingdom has had a policy that allows for doctors to harvest sperm in a seriously injured person and then gives the injured service member the option to keep or discard the sample once he is recovered. Under the UK policy, the sample is discarded if the patient doesn't survive their injury.

In March, parents of West Point Cadet Peter Zhu, 21, petitioned the court to have Zhu's sperm extracted while he was on life support following a ski injury. After ensuring that Zhu's organs had been donated, they requested the retrieval in order to “have a small piece of Peter that might live on to spread joy and happiness that Peter brought to all of our lives,” according to court documents.

The judge ordered the medical procedure; the sperm is being stored pending a court hearing March 21.

If passed, Murray's bill would also make a number of other changes geared toward improving health services for women, primarily at VA. It would, among other things, make permanent the provision that allows VA to provide IVF and other advanced fertility treatments for seriously injured veterans. (The current law allowed VA to provide the services through Sept. 30, 2018, although VA has continued the program).

The bill would also require VA to cover the cost of adoption services for veterans with injury-related infertility and expand retreat counseling centers for women veterans leaving military service from three to 14 locations.

A similar measure was introduced in the House on Feb. 4 by Rep. Rick Larsen, D-Washington.

“We promise to take care of veterans long after the war is over — and allowing them to fulfill their dream of having a family is a big part of that promise,” Murray said in a release.

SEE ALSO: Parents Of Deceased West Point Cadet Retrieve His Sperm So A Part Of Him 'Might Live On'