Congress: Here’s Why You Should Pass The Military Justice Improvement Act 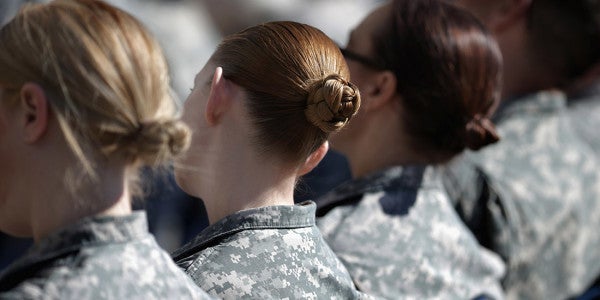 Sexual violence is pervasive in our military. In 2016, DoD received 6,172 reports. Yet most victims do not report, leading DoD to estimate the actual number at 14,900. Despite DoD claiming success in this fight, reported sexual assaults rose almost 10% in 2017 to 6,796. Include those not reporting, and over 16,000 service men and women were victims last year.

Why would victims come forward? 58% of women and 60% of men who did faced retaliation, in most cases from their chains of command.

I was the judge in the Riverside County Veterans Court when a woman I will refer to as “Carla” — not her real name — stood before me charged with felony thefts. Inspired by her father, she enlisted at 18. “My dad was a Vietnam vet and believed in service,” she said. “He came to my graduation from basic. He was so proud of me. I was so proud to wear the uniform.”

Standing before me in court, Carla looked tired and beaten. If I hadn’t known she was 35, I would have guessed her to be 50. Bitter from her military experience, Carla had turned to methamphetamine, a common form of self-medication for people suffering from PTSD, as she was. I placed her on probation, where she was treated for depression, PTSD, and military sexual trauma.

Carla is not unique. A third of victims who come forward are discharged early — on average, 7 months after the report.

The commander makes the decision to prosecute sexual violence complaints. There is a misconception that leaders like Carla’s do not care about sexual assault. The overwhelming majority do support prosecution. Just not against one of theirs. Members of a military unit share the dangers. They guard each other’s flanks. They become close.

Please don’t blame society for the problem. Illicit drug use was once rampant in our military. It is now far below civilian levels.

Unless the victim was beaten, physical evidence is generally inconclusive or nonexistent, leaving the commander with a “he said, she said” situation. If the victim is newly assigned and the accused a long-time member, the commander is primed to disbelieve the complaint.

This happens at high levels. Lt. Col. James Wilkerson left the Air Force with full retirement benefits after a panel of senior officers convicted him of rape in 2013. Gen. Craig Franklin, however, set aside the verdict after reading 90 character letters from fellow officers, none of whom were present during the crime.

That’s the wrong approach. Rape hurts more than the victim, though justice for that person must be the prime goal. Nothing destroys unit morale quicker than a soldier getting away with rape. The occurrence of sexual violence is a sign that a commander is failing to maintain good order and discipline.

Please don’t blame society for the problem. Illicit drug use was once rampant in our military. It is now far below civilian levels. Winning the battle did not come, however, by teaching soldiers “healthy choices.” It came through identifying and punishing those abusing drugs.

DoD can win the war on sexual violence, too. But first, prosecutions must be brought, and that will happen with fairness and consistency only if we rely on unbiased experts outside the command. That’s why Congress should pass Senator Gilliland’s legislation.

The last time I talked to Carla, she was 18 months sober. She laughed and smiled, but she always seemed sad.

In 1986, I defended a soldier charged with rape. At sentencing, the prosecutor said something I never forgot: “There is a reason why the maximum punishment for rape is life, far more severe than for other crimes of violence. It is because rape destroys a woman’s soul.” He was right. It destroys men's, too. It’s time to do something.

E. (Mark) Johnson is a California Superior Court Judge. For five years he presided over the Riverside County Veterans Court, supervising the recovery of combat veterans suffering from post-traumatic stress disorder and other mental health conditions. He is a retired colonel of the United States Army Reserve, an Iraq War veteran, and a graduate of the Army War College.