The letter was submitted to top Navy officials "to express concern for the health and safety of American sailors and Marines" on Navy vessels facing COVID-19. 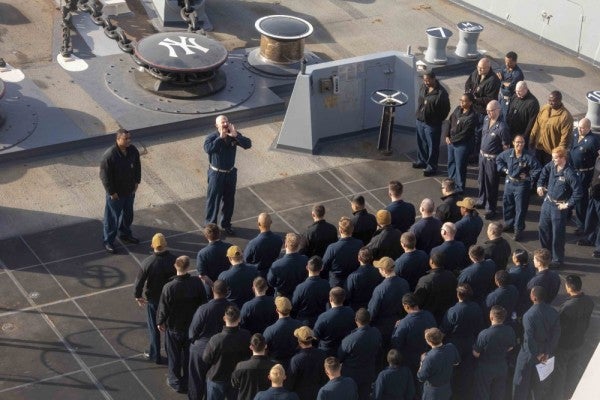 U.S. Rep. Joe Courtney, D-2nd District, led a bipartisan effort to advocate for the health and safety of deployed American sailors and Marines on Tuesday.

A letter from a group of 26 members of Congress was submitted to top Navy officials “to express concern for the health and safety of American sailors and Marines embarked on Navy vessels and facing the spread of COVID-19,” according to a news release from Courtney's office.

The recent rapid spread of the new coronavirus aboard the USS Theodore Roosevelt, a nuclear-powered aircraft carrier, provides context for the letter, which seeks more information from the Navy regarding how it plans to address the threat of and response to an outbreak among its personnel.

“Unfortunately, we are concerned that current guidance from the Department of Defense has allowed for inconsistent response to the spread of the virus on our ships and submarines,” the letter reads. “With further spread of the virus expected in the coming weeks, it is critical that the Navy, like our states and communities across the nation, take additional steps now to prepare.”

While Courtney and the other representatives agreed with the decision to rotate sailors off the USS Theodore Roosevelt, they argued “aggressive intervention is needed to manage this problem and mitigate its impact across the fleet.” The letter criticizes the Navy for only responding to the spread after Capt. Brett Crozier of the USS Theodore Roosevelt wrote to the Pentagon seeking assistance.

'An awful set of choices'

Courtney spoke to The Day on Wednesday about what he calls an “extremely powerful letter” from Crozier.

“It was measured, it laid out the challenge he was facing on the Roosevelt, and it was clear that he was really searching for some kind of policy from the Navy and the Pentagon because he was confronted with an awful set of choices,” Courtney said.

While he understands the difficulties of abiding by Centers for Disease Control and Prevention guidelines in close quarters, he questioned the Pentagon's early response for lacking consistency. Now, Courtney said, “it appears” the Navy is going to set up a system of testing personnel before deployment.

“That's a real system they're putting in place rather than leaving it up to each captain and officer to figure it out on their own,” Courtney said.

Wednesday's letter from Courtney and other representatives asks specifically for an “urgent response outlining the steps being taken to address the potential emergence of COVID-19 on deployed ships” along with “clear and effective guidance for commanding officers across the fleet.”