The suicide rate for SOCOM personnel is at an all-time high since the days of the 9/11 attacks, to the... 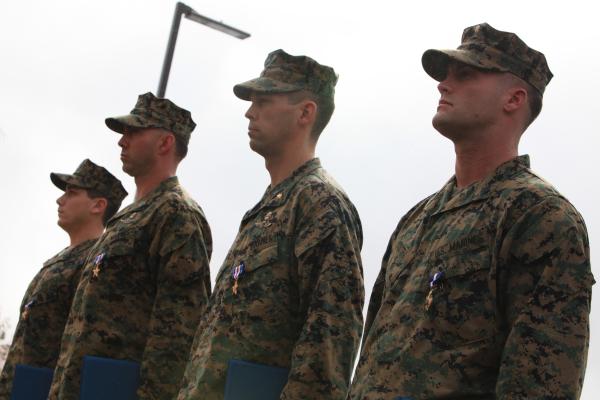 The suicide rate for SOCOM personnel is at an all-time high since the days of the 9/11 attacks, to the point that the rate is higher than that of their conventional Army and USMC brethren. In a unique attempt to curve the rate of suicide amongst its personnel, SOCOM leadership has placed a budget request to Congress of $48 million (FY15) to hire physical therapists, dieticians, sports psychologists, and strength and conditioning specialists. The House Armed Services Committee blasted SOCOM for recalcitrance and decreased the budget request by redirecting $23 million of the requested $48 million elsewhere.

SOCOM’s request is unique in that conventional Army and USMC forces have been tackling the suicide “problem” solely from a mental/psychological perspective, whereas SOCOM is attempting to tackle it from a “whole person” approach.

Einstein said that, “Insanity is doing the same thing over and over again and expecting different results.” Since fighting the Global War on Terror, the Army and USMC have faced staggering suicide rates. Both branches, as well as the Department of Defense, have poured countless millions of dollars towards funding mental and psychological health care specialists, with little or no results in achieving the tangible goal of greatly curbing the overall suicide rate. Recognizing that the “same old thing” is not working, SOCOM leadership decided to do as it does on the battlefield: think outside the box.

What causes one to commit suicide is relative from one person to another. What is true about them all is that suicide is not solely a mental or psychological matter. Taking care of a servicemember is about taking care of the whole person — his mind, body, and spirit, as I always say. One of the major causes of suicide is a decrease in a service member’s self-esteem, brought upon by a myriad of reasons: spousal/domestic issues, physical disabilities, etc.

Being a combat leader, I understand and fully embrace, SOCOM’s seemingly unorthodox approach in stemming its personnel suicide rate. In order for a servicemember to perform at the highest levels (especially on the battlefield), not only must his body be in the best of shape, but so too must his mind. Since it is a common understanding that a good soldier is a mentally and physically strong soldier, then it only makes sense that leadership must tackle the suicide issue from both a physical and mental perspective.

Patrick L. Hill and Nick A. Turiano, researchers in Psychiatry and Psychology out of Carleton University and the University of Rochester Medical Center agree with me. Utilizing evidence-based medicine, they discovered evidence that finding purpose in life reduces risk of mortality:

These longevity benefits did not appear to be conditional on the participants’ age, how long they lived during the follow-up period, or whether they had retired from the workforce. In other words, having a purpose in life appears to widely buffer against mortality risk across the adult years.

By also tackling suicide from a physical and motivational approach, SOCOM is saying to its personnel that they still have a purpose in life. By strengthening their bodies, the special operators regain their sense of self-worth; thus, strengthening their minds. They learn, that to let out some stress, it’s much more productive to lift weights or go on a long run, instead of drinking alcohol.

The potential of suicide is real among too many of our servicemembers. Combat leaders understand that to tackle an issue, one must be willing to use every tool in the kit bag. That’s what SOCOM’s approach represents. Congress needs to get out of SOCOM’s way and allow its leadership to take care of its personnel as it feels is best. The old ways of tackling suicide have not worked. It is time for a new approach, and I as one who has personally/professionally faced this dire issue, support SOCOM in its efforts.

Terron Sims, II, is a West Point graduate and veteran of Operation Iraqi Freedom. He is a Veteran and Military Family (VMF) policy expert and is on the Board of Principals for the Truman National Security Project.