A serial conman who, it turns out, is definitely not a doctor with two Ph.D.s named Jeremiah Asimov-Beckingham, was sentenced … Continued 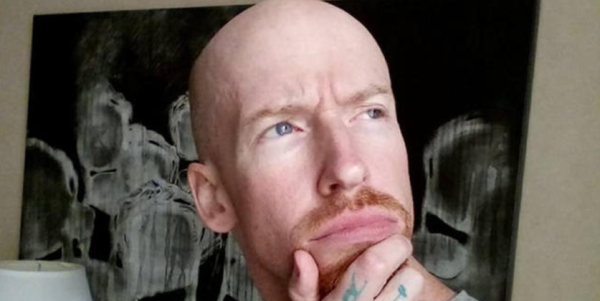 A serial conman who, it turns out, is definitely not a doctor with two Ph.D.s named Jeremiah Asimov-Beckingham, was sentenced to seven to 14 years in prison by the Manhattan Supreme Court on May 8, the New York Post reports.

Jeremy Wilson, 43, was arrested in January 2016 after he posed as a doctor with two Purple Hearts to lease a $55,000 BMW SUV in Boston and rent a $5,000-a-month apartment in Manhattan using a stolen credit card.

Jeremiah Asimov-Beckingham is just one of more than two dozen aliases Wilson has used to con people since the early 90s.

“Jeremy Wilson posed as an airline executive, an MIT student, an Army veteran, and a member of an actors’ union,” Manhattan District Attorney Cy Vance said in a statement to the Post. “Now the only uniform he will be wearing is a prison jumpsuit.”

According to the Assistant District Attorney, Wilson has “at least eight” felony convictions under his belt for pulling similar stunts across the country.

In fact, when Wilson was arrested last year, he had just completed a six-year stint in federal prison for posing as an Army officer, forging a judge’s signature, and stealing a car, according to The New York Times.

Wilson was convicted of forgery and possession of stolen property after a two-week trial. Before the judge handed down the verdict on Monday, Wilson attempted to explain himself in court.

Wilson, however, wasn’t speaking as himself, but as his latest character: the son of late IRA leader Brian Keenan. Wilson’s attorney, Robert Briere, had filed motions asking that his client be referred to as “Jeremy Keenan” in court. They appear to have been denied.

“If things as fundamental as my last name can’t get sorted out by investigators who are very good at their job,” Wilson continued, “I don’t know how to sort anything out.”

When police raided the luxury Manhattan apartment that Wilson had conned himself into, they found, among other things, a trove of military medals, including Purple Hearts and Silver Stars. They also found Army uniforms. At least one was adorned with a Special Forces tab, a Ranger tab, and the unit patch for the 160th Special Operations Aviation Regiment.

Wilson will also have to stand trial in Cambridge, Massachusetts, where he faces larceny and check-fraud charges.