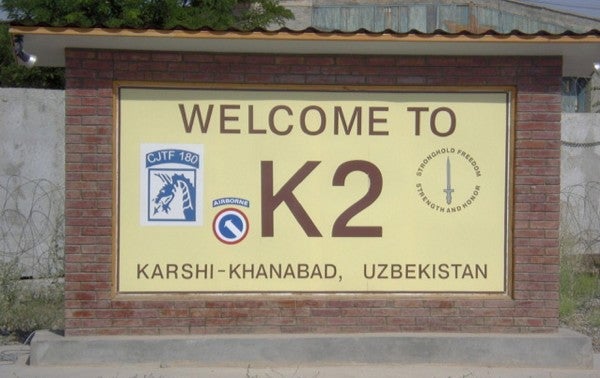 For the last six weeks, a private Facebook group set up to help veterans who served at a toxic base in Uzbekistan has been flooded with new members, many with hauntingly familiar stories: I served at K2. I have cancer.

McClatchy exclusively reported in December that the Pentagon had known from the beginning that K2, a former Soviet and Uzbek base, was contaminated with radioactive processed uranium, chemical weapons remnants and underground pools of fuel and solvents that broke through the soil in a “black goo.”

After the K2 story became public, the veterans' K2 Facebook site was flooded with new requests to join. Each new member was vetted for their military service. Once accepted, more names of ill veterans began to surface.

As the new stories came in, Welsch volunteered to track the reported illnesses. But he had to step away.

“I was in bad shape from reporting all these medical issues,” said Welsch, who was diagnosed with thyroid cancer in 2014.

By the end of January the group had recorded 310 cancers.

The last government count, done by the Army in 2015, was that 61 service members who had been at K2 were diagnosed with cancer. That study was prompted by a number of U.S. Army Special Operations Command forces at K2 who had developed various types of cancer.

Despite the Army Special Operations Command requesting the review, special operations forces personnel could not be identified because of the classified nature of their missions, so those illnesses likely were not included in the 2015 count, the Army said at the time.

The self-reported 310 cancers from the K2 veterans group, if accurate, means the number of cancer-stricken K2 veterans is now five times greater than the Army reported.

Some of those K2 veterans will be in Washington this week, looking for help from Congress.

The first signs came in 2002. That spring Timothy Brooks and his wife were standing in their Fort Drum, N.Y., kitchen and he was agitated, she recalled in a phone interview with McClatchy.

Timothy Brooks had just left a meeting on base where he and other soldiers from the 10th Mountain Division had been handed a form to sign. The unit had just returned home from K2.

“They told us we were exposed to some really bad stuff,” Brooks recalled her husband saying.

Over the next few months, her husband's health deteriorated. He began to suffer terrible headaches and his temper changed, Kim Brooks said. The 6'5″ athlete was constantly exhausted. But the family still prepared for him to deploy to Iraq with other elements of the 10th Mountain Division in spring 2003.

In new documents obtained by McClatchy, two classified maps and a powerpoint highlight that base leadership had identified enriched uranium contamination in the northwest corner of the base, adjacent to where K2 forces worked and lived.

Still the official guidance on the contamination, reported in an October 2001 to November 2001 classified environmental survey also obtained by McClatchy, was that risk of radiation was low — if the soldiers remained inside the confines of a large protective dirt berm.

“Conduct radiological air monitoring for uranium (soluable and insoluable) in or near the fighting positions nearest to the former missile storage site,” that classified environmental guidance advised.

This week, K2 veterans and surviving spouses are in Washington to talk to members of Congress and press for a hearing about the toxic contamination on the base. They also plan to advocate for K2 veterans still struggling to get the Department of Veterans Affairs to recognize their illnesses as connected to their time in Uzbekistan.

“We need to get in front of this, it's been killing us for 20 years now,” said former Air Force Staff Sgt. Derek Blumke, who deployed to K2 in 2001 and 2003 with the 16th Special Operations Wing.

The VA has previously maintained that K2 veterans do not have a higher incidence rate of cancer. However, once the agency was informed by McClatchy of the new numbers the veterans group is reporting, they provided an additional response.

“According to the latest reviews, there is no indication of increased cancer rates among veterans who served at Karshi-Khanabad,” said VA spokeswoman Susan Carter. “The limitations of self-reported surveys are well documented in the medical research community, but VA will work with the Department of Defense to study this issue further as new empirical data becomes available.”

In January, the House Committee on Oversight and Reform's national security subcommittee sent letters to Defense Secretary Mark Esper and VA Secretary Robert Wilkie, requesting the agencies turn over by Jan. 24 any documents that describe the conditions at K2 and what has been done to treat the veterans who served there.

Neither department has responded, a committee aide said on the condition they not be identified.

In May 2003, Timothy and Kim Brooks were in Fort Drum's gym listening to a colonel address soldiers and their families in a pre-deployment ceremony. Their unit would depart in a week.

Timothy Brooks put his head in his hands.

Outside the gym door, Timothy Brooks collapsed to the ground and turned gray. Kim Brooks ran back into the gym.

“I threw open the doors because the medics were all in a line there with their kits, and I screamed 'I need a medic now! Come help my husband!'” Brooks said, her voice breaking.

Timothy Brooks was diagnosed with stage three brain cancer. He died a year later on May 29, 2004. He was 36.

Because Timothy Brooks was on active duty when he was diagnosed and when he died, Kim Brooks and her four children have received financial and education benefits from the military and VA.

But not all K2 families have had the same experience. Veterans who were not on active duty when the cancer was diagnosed face a much harder path to receive a determination that the illness was connected to their time in service so they can get benefits. Kim Brooks said she will be in Washington for them.

“If they were there and they're sick, our country needs to take care of them. Bottom line,” Brooks said.

“In the beginning, before I found this group, my ideal outcome was strictly personal,” Welsch said. “I wanted benefits for me. Now it's a much bigger picture.”