The U.S. military is bracing for coronavirus cases to rise in Germany, potentially putting thousands of troops on lockdown or restricted movement, according to the head of U.S. European Command 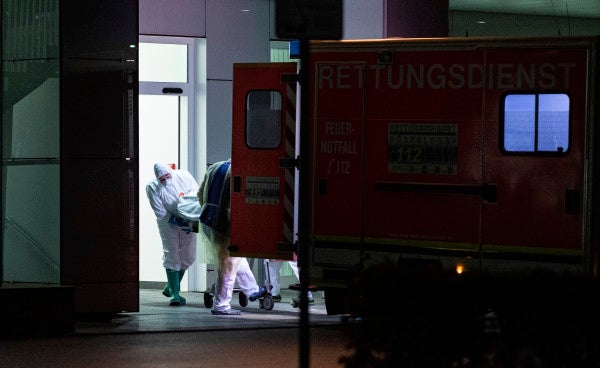 The U.S. military is bracing for coronavirus cases to rise in Germany, potentially putting thousands of troops on lockdown or restricted movement, according to the head of U.S. European Command.

The general's comments come as the virus has spread rapidly in recent weeks, with more than 80,000 cases diagnosed in 34 countries and at least 2,700 deaths, according to the World Health Organization. Germany has 16 confirmed cases, Deutsche Welle reports, though that number is expected to grow.

Roughly 7,000 U.S. service members are stationed in Vicenza. About 70% percent of those troops are on accompanied tours with spouses and children and are unable to access on-base schools and child care facilities, gyms, chapels and other public buildings. Approximately 35,000 troops reside in Italy altogether, according to Wolters.

Wolters said there is a “50-50” chance that the closures in Vicenza will be extended following an Army guideline issued Sunday that closed community and public gathering venues through this week, as reported by Stars and Stripes. According to Reuters, Italy had recorded 322 confirmed cases of coronavirus as of Monday, mostly in its northern regions. No cases have been reported in Vicenza.

Similar military measures are underway in the Pacific.

“The situation is quite serious,” Esper said Monday.

One U.S. military dependent has tested positive for the coronavirus, named COVID-19 by the WHO, and there are at least 13 confirmed cases among South Korean service members. The dependent, believed to be the first-known U.S. military case, is the widow of a retired soldier living in South Korea.

“[Defense Department] families and civilians are discouraged from traveling to and from Daegu,” garrison officials said in a Feb. 19 Facebook post.

“All visitors who are not performing mission-essential or official business will be denied access to USAG Daegu military installation for the next 24 hours. This directive will be reassessed daily,” according to the post.

Last month, Adm. Phil Davidson, head of U.S. Indo-Pacific Command, banned travel to China for all service members and civilian personnel under his authority; he also ordered those in China “to leave immediately.”

The military's recent actions come as the Centers for Disease Control warned the coronavirus may spread to pandemic levels and urged additional precautions in the U.S., where it said the virus will likely spread.

“We are asking the American public to prepare for the expectation that this might be bad,” she added, as reported by The New York Times.