Three sailors from the USS Boxer, the USS Ralph Johnson, and the USS Coronado are in isolation at home, as are individuals identified as having had close contact with them 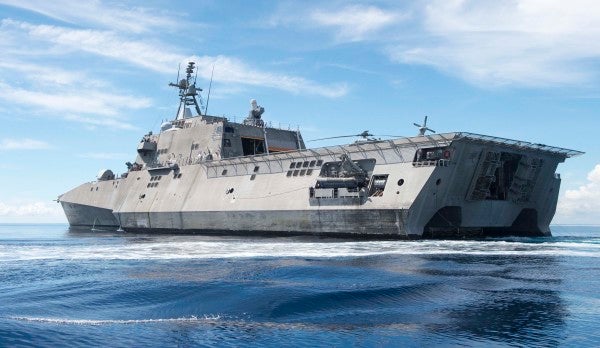 The coronavirus that causes the illness COVID-19 first appeared in central China but has since become a global pandemic, and it has infected three US sailors aboard three different Navy warships, the service said.

A Navy sailor assigned to the amphibious assault ship USS Boxer, at port in San Diego, California was the first sailor aboard a warship to be infected.

Another sailor assigned to the USS Ralph Johnson, a guided-missile destroyer at port in Everett, Washington, tested positive on Monday, with another one assigned to the Littoral Combat Ship USS Coronado, at port in San Diego, testing positive Tuesday.

The three sailors are in isolation at home, as are individuals identified as having had close contact with them. Military health professionals are investigating whether or not others were exposed, and the ships are undergoing extensive cleaning.

The coronavirus has spread to more than 6,500 people and killed over 100 in the United States. The number of U.S. military personnel who have tested positive is significantly lower, but the virus continues to spread.

For the Navy, protecting its warships are a serious concern.

That was a vaccine-preventable illness. There is no available vaccine for the coronavirus, which has infected over 200,000 people and killed more than 8,000 worldwide. Sailors live in close proximity aboard Navy ships, and communicable diseases are easily transmittable.

Navy ships are filled with personnel and are not exactly conducive to social distancing. The Boxer, for instance, can carry up to 1,200 sailors and 1,000 Marines.

Pacific Fleet is begging sailors to stay off ships if they feel unwell. “We don't want sick sailors on our ships right now,” Cmdr. Ron Flanders, Naval Air Forces spokesman, told The San Diego Union-Tribune on Monday. “If sailors are feeling ill, they should notify their chain of command.”

While the service is taking this threat seriously, some questions have been raised about the Navy's response to infections aboard warships.

Shortly after the revelation that a sailor aboard the Boxer had tested “presumptive positive” for the virus, military leaders gathered around 80 crew members into a small room for a half-hour meeting to discuss the importance of social distancing and other preventative practices, ProPublica reported Monday.

There have been other similar incidents.