A contractor who tested positive for the coronavirus (COVID-19) lied about his health and continued working construction at Camp Walker, a U.S. military base in South Korea, while sick 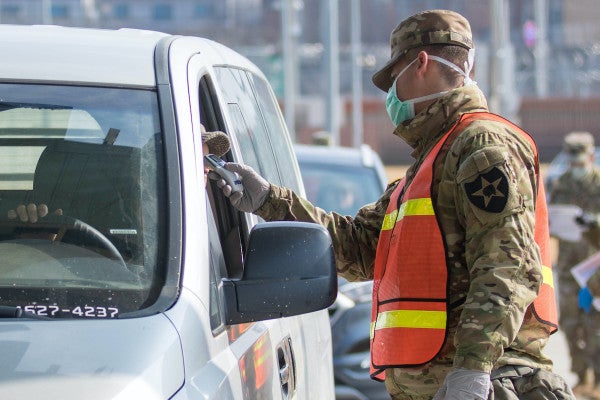 A contractor who tested positive for the coronavirus (COVID-19) lied about his health and continued working construction at Camp Walker, a U.S. military base in South Korea, while sick.

There have been a total of nine coronavirus cases linked to US Forces Korea. The eighth, a Korean construction worker, intentionally evaded U.S. military prevention and containment efforts to continue to work on base. The U.S. military has filed a grievance with the company.

The man “was sick one week ago and kept coming on post,” Col. Edward Ballanco, commander at U.S. Army Garrison Daegu, said in a Facebook video Monday.

“He was not answering the questions truthfully,” he explained. “He had even been tested for COVID and still came on post that day.” Calling the man's actions “reprehensible,” the commander said “he will never be coming on post again.”

As the contractor was working at an isolated location on base, Ballanco said that “there is no danger to our community.” The man did, however, come in contact with a member of the fire department, who is now in quarantine. Other members of his crew have also been sent home.

During the investigation into the infected individual, the U.S. military found that other construction workers at other work sites had been violating the rules and eating at on-base food courts. “We counted a total of five in the last week,” the commander said, adding that ID checks are now in place to prevent this.

Additional guidance has been issued to contractors to protect U.S. bases from this kind of misconduct.

South Korea, home to over 28,000 U.S. troops, has been hard hit by the coronavirus with more than 7,000 cases, and the U.S. military has faced some difficulties defending its installations from the outbreak, despite taking drastic measures in response.

A local woman went to work at Camp Humphreys last week just one day before testing positive for the coronavirus that originated in China. Base officials told Stars and Stripes that the mandatory temperature checks had not detected anything abnormal.

The risk level set by USFK for the entire Korean peninsula remains “high.”