“Nothing stops us from remembering them on Monday and what that day really stands for.” 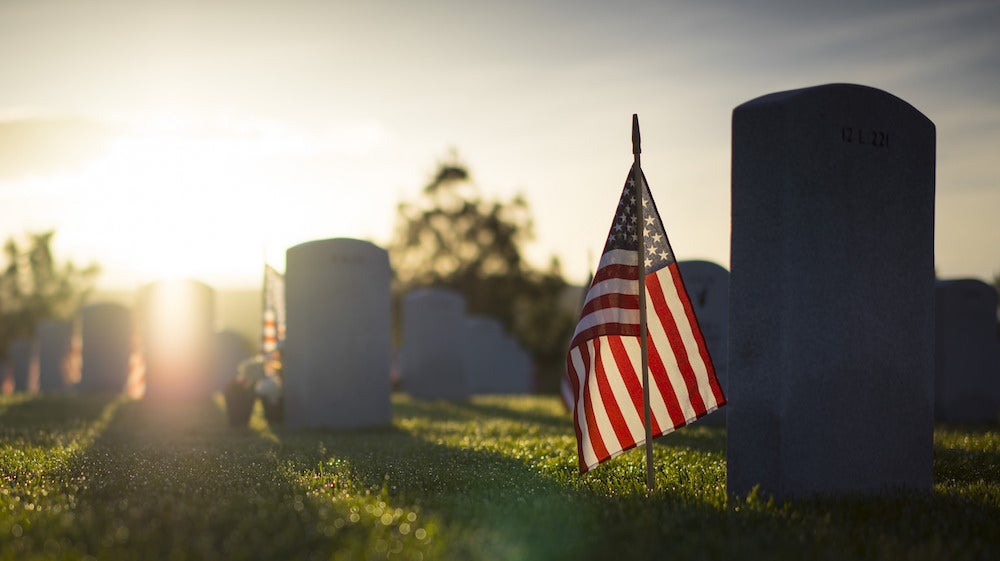 The sight of thousands of tiny American flags precisely pegged against rows of symmetrically aligned headstones in the nation’s national cemeteries has been a rite of each Memorial Day for as long as can be remembered.

This year, that symphony of flags will not be seen, the casualties of a national pandemic leaving its own mark on history.

“That’s how it is, though. It’s very sad,” said Morrison Fussner, the founder of Flags for Fallen Vets, a Texas-based nonprofit that each year places about 650,000 of those tiny flags at the base of each veteran’s grave marker in 13 national cemeteries, including the three in Colorado.

“Our whole purpose to exist is to ensure those flags get placed,” Fussner said. “It is what we do. We place them for all in a cemetery.”

But the U.S. Department of Veterans Affairs on May 13 made it clear: No en masse placing of flags this year. Individual families may do so during a private visit to the graves, including flowers. Social distancing is encouraged.

“This year, by necessity, will be different from past Memorial Day observances,” VA Secretary Robert Wilkie said in a press release, noting the traditional laying of wreaths will continue without a public audience.

At Fort Logan National Cemetery, that ceremony occurred on Thursday and was attended by cemetery staff.

In a nearby storage locker, about 100,000 small flags will remain until next year and the nearly 3,000 volunteers who place them in Fort Logan will remain at home, Fussner said.

“They just don’t want 3,000 people out there at the same time, and I get it,” said Fussner, himself a third-generation Marine Corps veteran. “Nothing stops us from remembering them on Monday and what that day really stands for.”

That’s how elementary school principal Ann Ramirez sees it. She and family will go to Fort Logan on Monday for the first time, to pay tribute to her late father, Korean War veteran Norman Harpole, and his wife, Vivian. The couple, married for 65 years, died just six weeks apart; Norman, 86, in March and Vivian, 84, in April.

The couple was interred on Saturday.

“For me, it is my first Memorial Day needing or desiring to visit somebody,” she said in a telephone interview. “It was getting close, and this is what you do on Memorial Day, especially because he’s a veteran. It’s a special time for families, whether there’s COVID or not.”

Like many of his generation, Norman wasn’t much to talk about his military service – he was an Army cook stationed in Japan – but came to understand the needs of veterans as a member of the American Legion, Ramirez said. He worked as its chaplain and ministered to veterans for many years, she said.

“He used to talk about the first time anyone had ever thanked him for his service,” she recalled. “He was tearful and grateful. For so many years he squelched that. If vets don’t take care of each other, who will? He took great honor to do that.”

At All Veterans Funeral & Cremation in Wheat Ridge, more than 60 families have chosen to delay burial at Fort Logan because of the continued restrictions on full military honors because of the pandemic.

“The entire mission of our company is to serve veterans and their families, and there’s not a time more reflective of that than Memorial Day,” said Al Kamm, who runs the business with his sister, Tommie. It was started by their late father, Vietnam veteran Tom Kamm.

“Here we are, months later (after stay-at-home orders were issued), with a holiday and nothing’s changed and it remains devastating,” he said. “It’s another layer of grief because they can’t honor them with that service they had hoped for.”

In an effort to assuage the emotions, the Kamms have begun offering cremations that include a donated retired flag. As a memorial, the Kamms also offer families several of the stars cut from those flags.

“We may not be able to do the service they deserve but we can do that,” he said, noting the preferred method of disposing of a retired flag is to burn it.

For Kay Corken of Parker, waiting to give a full military funeral to her father, Vernon Haas, is important.

The World War II veteran of the U.S. Navy hardly spoke of his time in the military, Corken said, but she understood the sacrifices he must have made and came to appreciate its significance.

“Sure, we want closure, but I want him to have the service he so deserves,” Corken said. “I’m not sure when that will be and I’m not sure I won’t run out of patience. It’s hard to wait, but it’s not something we need right this second.”

A Memorial Day without the chance to visit a gravestone is different than what she had expected, Corken said, but paying homage to a proud veteran is a worthy sacrifice to make. The remains of her mother, Ruby, will be reinterred with him, Corken said.

“I want his two grandsons to understand and always remember that legacy, to have that (memorial) service embedded into their mind,” she said. “Over time people forget about the time of that great generation, the wars, and the veterans that are so important.”

She paused, her voice cracking.

“The whole thing, the ceremony, is to have that memory of him, of what he did and how he served,” Corken said. “It’s momentous.”