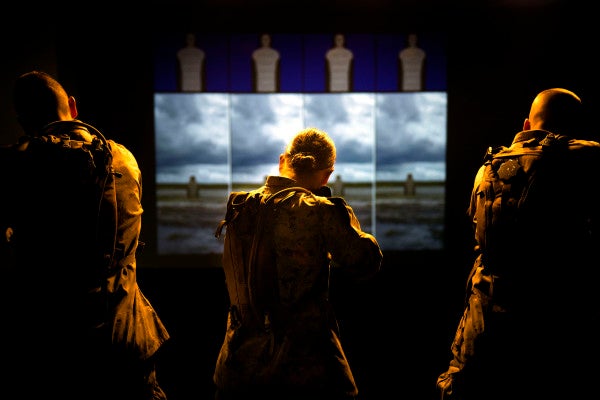 The Marines' top officer has sent a “White Letter” to all senior leaders in the service ordering them to support self-identified victims of Facebook harassment and illicit photo sharing, and to educate troops on what is expected of them in their conduct online. Sent out March 10, nearly a week after news broke that Marines had been sharing nude and compromising photos of female colleagues on a 30,000-member Facebook page called Marines United, the message also promises new guidance to Marines concerning the boundaries of appropriate online behavior.

The two-page letter, sent by Commandant Gen. Robert Neller to all commanding generals, unit commanding officers, and senior enlisted leaders across the Corps and obtained by Military.com, does not mince words.

“In the past week, our core values have come under attack,” Neller wrote. “… This inappropriate, disrespectful, and in some cases criminal behavior has a corrosive and negative effect on our Marines and on the Marine Corps.”

To prevent future social media fallout, Neller said Marines must be educated, not only on the service's expectations for their online behavior, but also on the dangers and vulnerabilities inherent in online activity. The Marine Corps will soon publish an update to its 2010 guidance governing Marines' social media activity to further this goal, Neller said.

The current guidance dictates the Marines should use their “best judgment at all times and avoid inappropriate behavior” when using social media, adding that defamatory, libelous, abusive, threatening or hateful posts may result in disciplinary action under the Uniform Code of Military Justice. While the White Letter does not make clear how the guidance will be updated and to what extent, the new guidance will likely provide additional specifics on what behavior is out-of-bounds and how violations will be addressed.

“Leaders should remind our Marines they are not anonymous in the virtual world and remain accountable for their actions,” Neller wrote. “Where we find criminal behavior, we will take appropriate action.”

For Marine victims of photo sharing and other online harassment, who, Neller noted, are primarily female, he gives an order to Marine leaders: support them at every level. Commanders and senior enlisted leaders are tasked with communicating with the Marines under them and encouraging victims of online attacks to come forward. Witnesses to online misconduct should report it as well, the letter states.

“When Marines do report, they must have the full support of their leadership, from NCOs up to the commanding officers and commanding general,” Neller wrote. “They must have a viable means to report and have immediate resources available to support them.”

“Technical assistance is also available to help remedy or mitigate the harm they have suffered,” Neller notes.

While the letter doesn't clarify what this technical assistance includes, sources told Military.com last week that Marine officials are considering a move to offer reputation management software to self-identified victims, to allow them to cleanse damaging or sensitive information from their online profiles.

Neller ended his message to commanders with a note of optimism.

“The recent attacks on social media can be overcome if we address the behaviors and attitudes that caused these unacceptable actions in the first place,” he wrote. “We are better than this.”