The U.S. Court of Appeals for the D.C. Circuit ruled that the House can sue Trump for using money to build the wall that was appropriated by Congress for other purposes. 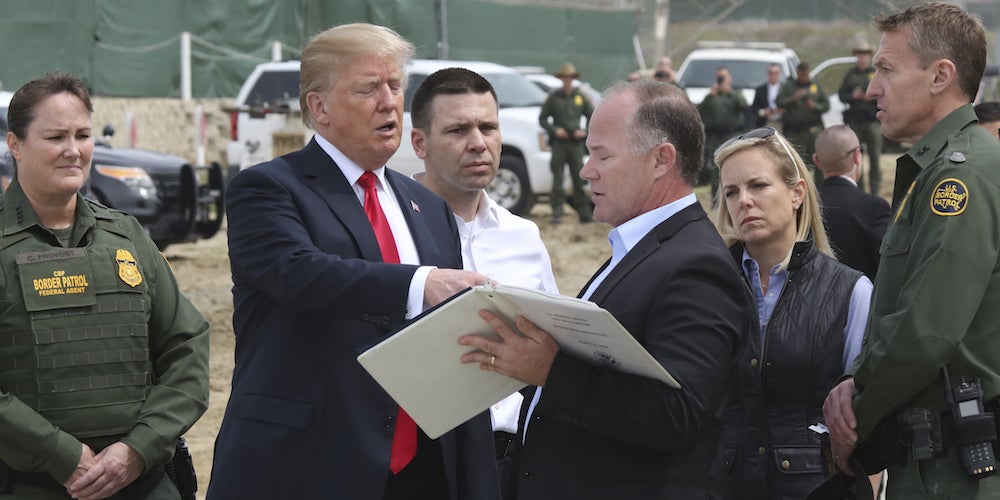 (Reuters) – A federal appeals court handed a win to the U.S. House of Representatives on Friday, saying the Democratic-led chamber could proceed with a lawsuit challenging President Donald Trump’s diversion of funds to pay for a wall on the U.S.-Mexico border.

Reversing a lower court judge, the U.S. Court of Appeals for the D.C. Circuit said in a 3-0 decision that the House had legal standing to sue Trump for using money to build the wall that was appropriated by Congress for other purposes.

The case now returns to a lower court, where House Democrats will argue that diverting the funds violated the separation of powers doctrine laid out in the U.S. Constitution.

A spokeswoman for the Department of Justice, which argued for the administration in the case, did not immediately respond to a request for comment.

The wall was Trump’s signature 2016 campaign promise, and at the time he insisted that Mexico would pay for it. Mexico never agreed to that and has not done so.

The three-judge panel cited an Aug. 7 ruling by the same court that a House panel could sue to enforce a subpoena issued to former White House Counsel Don McGahn. That case was later dismissed on other grounds.

In February 2019, after a protracted political battle and a government shutdown, Congress approved $1.38 billion for construction of “primary pedestrian fencing” along the border in southeastern Texas, well short of Trump’s demands.

To obtain additional funds for the wall, Trump declared a national emergency and his administration said it planned to divert $601 million from a Treasury Department forfeiture fund, $2.5 billion earmarked for Department of Defense counterparties programs and $3.6 billion from military construction projects.

Related: The Pentagon is sacrificing F-35s and other weapons systems to find $3.8 billion to fund the border wall